Ethiopian official said on Sunday that the death toll from a raid carried out by armed men in western Ethiopia has risen to 208 people and assailants kidnapped 108 children.

The attack took place on Friday in the Horn of Africa nation's Gambela region which, alongside a neighbouring province, hosts more than 284,000 South Sudanese refugees who fled conflict in their country.

A day earlier death toll was 140 and it had risen to "208 dead and 75 people wounded" says government spokesman Getachew Rada, adding the assailants had also kidnapped 108 children and taken 2,000 head of livestock.

"Ethiopian Defence Forces are taking measures. They are closing in on the attackers," he said.

Getachew did not give further details, but officials in Gambala said on Saturday Ethiopian troops had crossed the border in pursuit of the attackers.

"We don't think (the armed men) have any links to the South Sudan government or the rebels" said Ethiopian Foreign Ministry spokesman Tewolde Muluteg.

South Sudanese officials were not immediately available for comment.

Cross-border cattle raids have occurred in the same area in the past, often involving Murle tribesmen from South Sudan's Jonglei and Upper Nile regions - areas awash with weapons that share borders with Ethiopia.

Previous attacks, however, were smaller in scale. 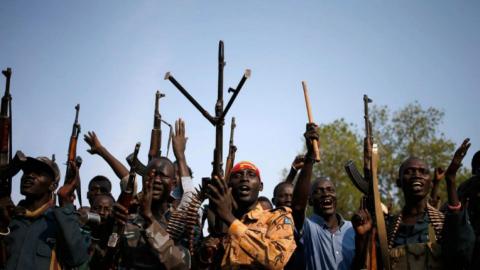