Criminal court in Cairo also hands down sentences, ranging from 10 years to life in prison, to 38 co-defendants over the 2015 killing of Egypt's top prosecutor. Sixteen of the accused have been tried in absentia.

A Cairo criminal court on Saturday sentenced to death 28 people over the 2015 killing of Egypt's top prosecutor after the death penalty was approved by the country's top religious authority, and it also jailed 15 others for 25 years each.

Public prosecutor Hisham Barakat was killed in a car bomb attack on his convoy in the capital, an operation which Egypt claims that the Muslim Brotherhood and Gaza-based Hamas was responsible for. Both groups have denied having a role.

The court had in June recommended passing the death penalty to Egypt's top religious leader, the Grand Mufti, who can approve or reject the recommendation. The mufti's guidance is required when a court seeks the death penalty but his decision is not binding.

The sentences, confirmed by the court in Saturday's hearing, can be appealed.

Egypt's Interior Ministry released a video last year showing several young men confessing and admitting going to Gaza for training from Hamas, but some later denied the charges in court.

The defendants said they were forced to confess under torture and their lawyers asked that they be medically examined. 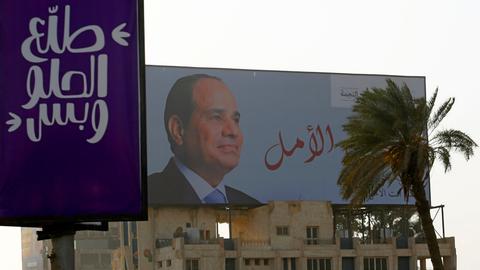