The ban on carrying electronic devices in aircraft cabins from Turkey and UAE to the US, which was in effect for the past three months, has been lifted.

The ban against bringing electronic devices such as laptops onto aircraft cabins on flights from Turkey to the United States was lifted on Wednesday. The ban was lifted after American security officials visited Turkish airports to monitor security arrangements on Tuesday.

The electronics ban has also been lifted on US-bound flights from the United Arab Emirates' Abu Dhabi and Dubai International airports, after similar procedures were implemented by American security officials. The ban for those two airports was lifted on Sunday and Wednesday respectively.

"The laptop ban on US-bound flights from Turkey have been lifted. The British ban will be lifted very shortly as well, as there is no reason for it to continue," Turkey's Transport Minister Ahmet Arslan said on Wednesday.

The ban has been in effect since March 25, when the United States refused to allow electronic devices larger than mobile phones from cabins on direct flights to the United States from 10 airports in Middle East, North Africa and Turkey.

Turkish Airlines tweeted the following video to announce the lifting of the ban:

Dear Passengers, #WelcomeOnBoard to our US-bound flight. Please fasten your seatbelts and enjoy your own electronic devices. pic.twitter.com/WbcZwNPhrf

It is reported that Turkish Airlines accepted passengers with electronic devices onto its 6:45 am (0345 GMT) flight from Istanbul's Ataturk Airport to New York's John F Kennedy International Airport on Wednesday morning.

Bariscan Koymen, who was flying to New York from Istanbul for a family holiday, said: "We feel relieved by the removal of this restriction since we are going on a long journey. I always carry my laptop that hold my all vacation plans and personal information with me wherever I go."

Fevzi Kutay Demir, another passenger who was on his way to US for summer school, said he was carrying a tablet aboard his flight.

"The lifting of the ban is positive (news) for us. We came to know about the lifting of ban through the media," Demir said.

Turkish Airlines CEO Bilal Eksi also said on Wednesday on Twitter that they expected the electronics ban imposed by the British government to be lifted very shortly.

The ban was lifted on Sunday for Abu Dhabi Airport in the United Arab Emirates (UAE).

The ban was also lifted from Dubai International Airport in the UAE after new security measures announced by the US last week were implemented, an Emirates spokeswoman said in a statement.

Emirates, Middle East's largest airline which also flies to 12 US cities, had blamed travel restrictions imposed by President Donald Trump's administration for a drop in demand on US flights.

The Dubai-based carrier cut flights to five US cities from May but had since said demand was starting to return on some routes.

In March, the US banned laptops in cabins on flights to the US originating at 10 airports in eight Muslim-majority countries – Egypt, Morocco, Jordan, the UAE, Saudi Arabia, Kuwait, Qatar and Turkey – to address fears that bombs could be concealed in electronic devices taken aboard aircraft.

Britain quickly followed suit with a similar set of restrictions. Its ban, which did not apply to the UAE, remains in place.

The United States announced on June 29 enhanced security measures for flights to the country which require additional time to screen passengers and personal electronic devices for possible explosives.

The new measures, which take effect within three weeks of the announcement, will affect around 325,000 daily passengers travelling on 180 airlines from 280 airports around the world, according to the US Department of Homeland Security.

Saudi Arabia Airlines (Saudia) also expects the ban to be lifted on flights from Jeddah and Riyadh by July 19, state news agency SPA reported on Tuesday. 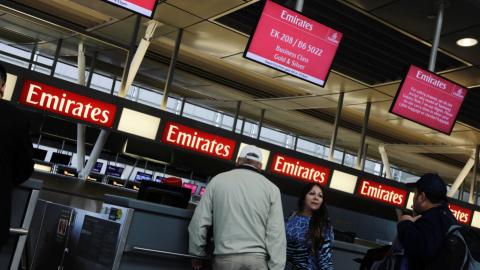 Is the US ban on hand-carrying gadgets really about laptops? 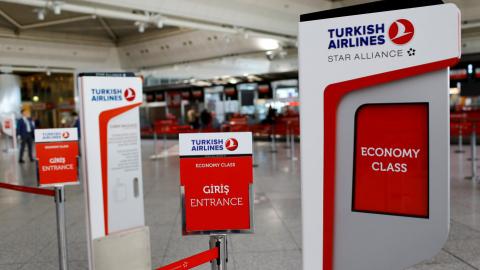 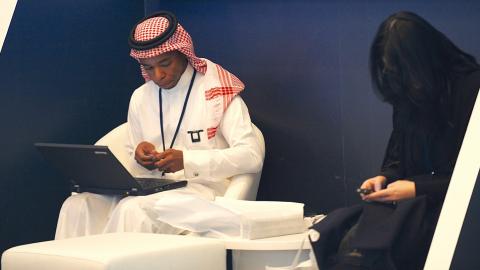