The Deputy Middle East director of HRW Joe Stork was quoted in the statement as saying "the people of Fallujah were besieged by the government and trapped by DAESH."

"And [they] are starving," Stork said, "The warring parties should make sure that aid reaches the civilian population."

Iraqi officials admitted cutting supply routes to the city where tens of thousands of civilians remain trapped, after Iraqi government forces recaptured the nearby strategic city of Ramadi in December 2015 and the al Jazira desert area north of Fallujah in March 2016, HRW said.

Not only is the DAESH-controlled city inaccessible to humanitarian aid, it is also closed to the rest of the world because DAESH prohibits the use of mobile phones and the internet, the statement underlined.

But HRW said, "the residents manage to catch a cell tower signal at night and are able to respond to some messages."

HRW said it was able to talk with one Fallujah resident and seven activists who are in contact with people there during one of the rare periods that communication is possible with the besieged city.

Iraqi activists said people were eating "flat bread made with flour from ground date seeds and soups made from grass" because the little amount of food that remains in the city is over-priced.

The Fallujah resident said the price of a sack of flour has reached US$750 while a bag of sugar is sold for $500.

According to a HRW medical source in Fallujah, local hospitals in the city were receiving starving children every day and most foodsuffs were no longer available at any price.

Starvation and a lack of medicine has claimed many lives in Fallujah over the last few months, particularly among the elderly and children, an Iraqi official told HRW.

A list of 150 people who have died in the city handed by the official did not contain the victims' names over fears that DAESH would punish their relatives.

A lawyer who has contacts in Fallujah reported them saying that there is no possible way out from the besieged town as DAESH controls the check points and punishes anyone who tries to leave with death.

Moreover, HRW stated that more than 100 people have been jailed by DAESH for rebelling after the execution of a family.

DAESH "has shown utter disregard for protecting civilians in conflict," Stork said. "It should not add mass starvation to its miserable record and should immediately allow civilians to leave Fallujah."

Iraqi government troops, the Popular Mobilization Forces and some other sources told the rights group that they were keeping shipments of food and other goods while the Defence Ministry, Baghdad Joint Operations Command, and Popular Mobilization Commission could not be reached for comment.

HRW called for urgent action to save the starving and suffering people of Fallujah and called for the "laws of war," which prohibit the starvation of civilian populations as a method of warfare, to be implemented.

"The humanitarian picture in Fallujah is bleak and getting bleaker," Stork said, reiterating the necessity of bringing "international attention" to the besieged town.

"...or the results for civilians could be calamitous." 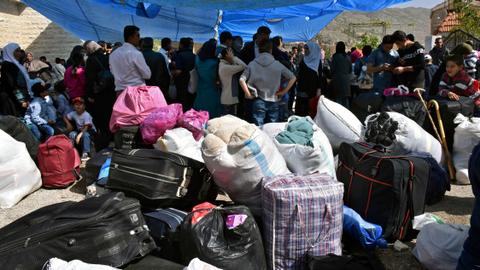 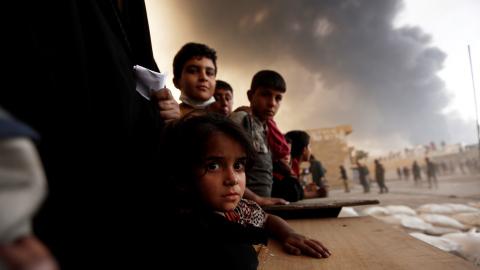