Mohammad Asif Qaderyan, father of 14-year-old Fatemah Qaderyan died in a Daesh attack that targeted a mosque in Herat in western Afghanistan.

The father of the captain of a team of Afghan schoolgirls which won global fame competing in a robotics competition in the United States was killed in an attack on a Shia mosque, officials said on Thursday.

Mohammad Asif Qaderyan, father of 14-year-old Fatemah Qaderyan, was wounded in Tuesday's blast in the western city of Herat and died later, said Farhad Jelani, the provincial governor's spokesman. The attack was claimed by Daesh.

The unlikely story of the Afghan team and its journey to the International Robot Olympics for High School Students in Washington captivated global media last month.

Initially denied visas to be allowed to travel to the United States for the contest, the girls had planned to watch via Skype but they were eventually allowed in, reportedly after the intervention of President Donald Trump, who has been embroiled in controversy over his efforts to restrict immigration from several Muslim-majority countries.

"We are so happy at the support from the Americans and Mr Trump," Fatemah said last month.

The girls won a silver medal for courageous achievement and were feted all over Washington as a symbol of hope for their country after four decades of war.

Around 30 people were killed and dozens wounded in Tuesday's attack, the fifth this year against Shia targets, four of which have been in Herat, according to the United Nations Assistance Mission in Afghanistan. 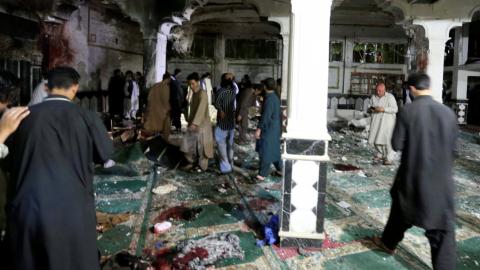 Attack on Shia mosque in Afghanistan kills at least 29 people 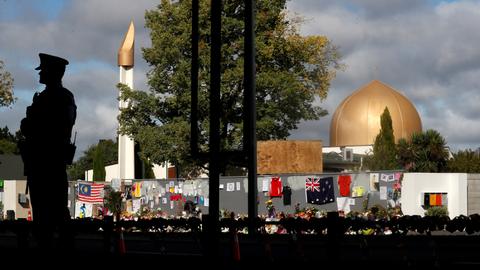