Four Israelis killed after truck rams into soldiers in Jerusalem

Israeli police say they are treating the incident as an attack, with security officials stating the driver of the truck was a Palestinian.

A truck driven by a Palestinian rammed into a group of Israeli soldiers on a popular promenade in Jerusalem on Sunday, killing four people and injuring 15 others, Israeli police told Reuters.

Police said the dead, three women and one man, were all in their twenties.

At least 40 Israelis and 245 Palestinians have been killed in a new wave of violence that began in October 2015. According to the Israeli authorities, most of the Palestinians killed were carrying out knife, gun or car-ramming attacks. Others were shot dead during protests, clashes or in Israeli air strikes on the Gaza Strip.

Palestinian security officials in the city of Ramallah confirmed that the driver was a Palestinian from the East Jerusalem neighbourhood of Jabal Mukaber. He was also killed in the incident.

"They shot him, until they neutralised him," a bus driver, who gave his name only as Moshe, told Reuters. Israeli TV stations said the driver was killed, and footage showed bullet holes in the truck's windscreen.

Israeli police spokesman Micky Rosenfeld said the victims were in a group of soldiers alighting from a bus at the promenade, which has a scenic view down onto the Old City.

Rosenfeld said that suddenly the lorry driver "ran his vehicle into them. At this moment of time we have ruled out an accident." 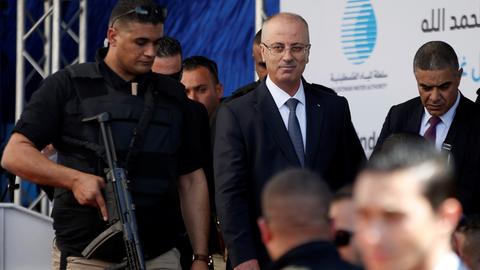 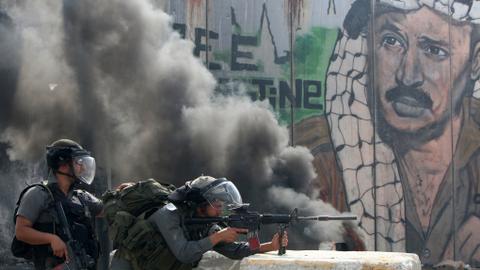 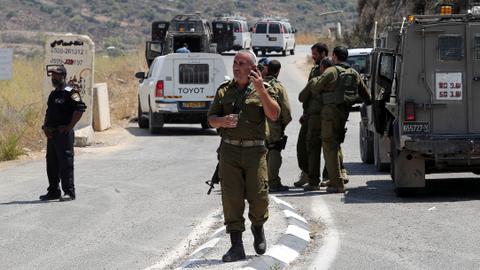