Human Rights Watch warns of violence ahead of Kenyan elections

Kenya will head to the general elections in 36 days, but for victims of post-election violence from 2007-08 that took more than 1,000 lives, the upcoming elections will just open wounds that have yet to heal.

The Human Rights Watch (HRW) on Monday warned of violence prior to the upcoming Kenyan general elections due next month.

HRW said it interviewed opposition and ruling party supporters, human rights activists, and government officials in the report it released in the Kenyan capital Nairobi.

The report has accounts of victims of the 2007 post-election violence in the country that claimed 1,000 lives and left 650,000 displaced.

Many Kenyans are afraid of stepping out to vote for they fear that authorities have not done enough to ensure a peaceful election process, the report states.

A 34-year-old mother of two who spoke to HRW said, "Police rarely respond effectively when people report these threats and this undermines confidence of the people in them."

Otsieno Namwaya, Africa researcher at HRW, called on the Kenyan government to ensure that all citizens are able to take part in a free and fair election without fear of violence.

"Kenyan authorities should do more to prevent a repeat of the 2007 bloodshed in Naivasha," he added.

Politics in the east African country has historically been ethnically driven with many people voting for their tribes.

Kenya is set to go to the polls on August 8 when its citizens will vote for a new government. 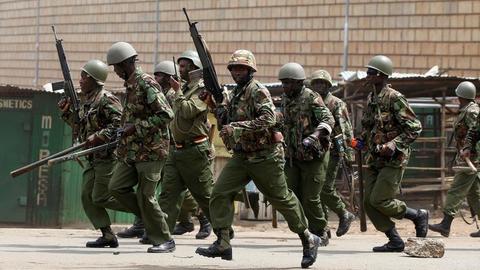 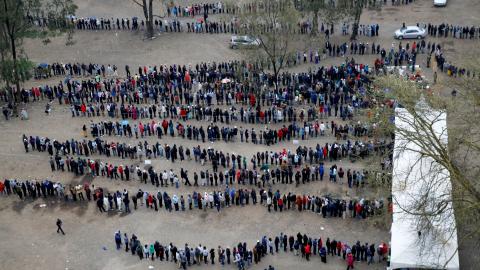 Kenyans head to the polls in tense elections 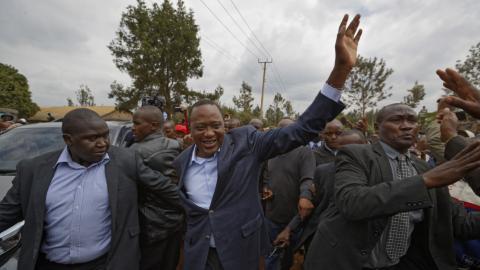 Observers give Kenya vote thumbs up amid pockets of protest