Iran has executed a nuclear scientist convicted of handing over "confidential and vital" information to the United States on Sunday.

Iran has executed an Iranian nuclear scientist detained in 2010 when he returned home from the United States, after a court convicted him of spying for Washington, a spokesman for the judiciary said on Sunday.

"Shahram Amiri was hanged for revealing the country's top secrets to the enemy," Gholamhossein Mohseni Ejeie told reporters in Tehran.

A university researcher working for Iran's Atomic Energy Organization, Amiri, 39, disappeared in Saudi Arabia in June 2009 and resurfaced a year later in the United States.

But he returned to Iran in July 2010 saying he had been kidnapped at gunpoint by two Farsi-speaking CIA agents in the Saudi city of Medina.

At first he was greeted as a hero, telling reporters as he stepped off the plane at Tehran airport that he had resisted pressure from his US captors to pretend he was a defector.

"But with God's will, I resisted," Amiri said as he was welcomed home by his tearful wife and young son.

However, it was soon clear that Iranian authorities had not accepted this version of events and Amiri dropped out of public view. His arrest was never officially reported.

Iran's judicial spokesman said Sunday that its intelligence services had "outsmarted" the US.

"American intelligence services thought Iran has no knowledge of his transfer to Saudi Arabia and what he was doing but we knew all of it and were monitoring," Ejeie told reporters.

At the time, world powers had grown increasingly concerned that Iran was pursuing a nuclear weapon, a charge that it has consistently denied.

"Shahram Amiri was tried in accordance with law and in the presence of his lawyer. He appealed his death sentence based on judicial process. The Supreme Court... confirmed it after meticulous reviews," Ejeie said.

The US State Department declined to comment on the case when asked on Sunday.

Iran, the United States and five other world powers reached a landmark deal last year, under which Iran agreed to limit its nuclear programme in such a way as to ensure it cannot develop nuclear weapons in exchange for a lifting of economic sanctions. 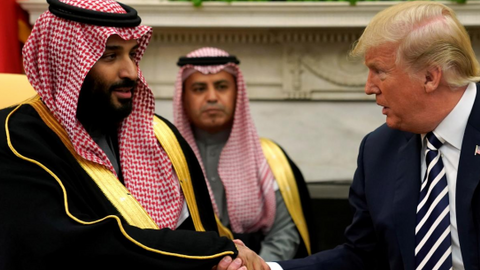