Jordanians will go to the polls on Tuesday to elect the country's 18th Lower House of Parliament. Newly announced electoral reforms will be tested.

Jordanian voters will go to polling stations on Tuesday to elect the country's 130-seat Lower House of Parliament.

Almost 2.4 million people in Jordan are eligible to vote.

More than 1,200 candidates with 200 lists will be standing in Tuesday's parliamentary election.

Final results will be announced on Thursday, but they are unlikely to alter domestic or foreign policy in the constitutional monarchy which faces economic challenges due to hundreds of thousands of Syrian refugees living in the country.

King Abdullah II of Jordan dissolved the parliament in May as its four-year term neared to its end.

The Jordanian parliament consists of two chambers. The upper Senate is appointed by the King, while a lower Chamber of Deputies is elected through popular vote.

Jordan traditionally votes according to tribal and family allegiances. However, the electoral laws, which played in favour of pro-government and tribal candidates, were reformed in March.

The reform based on proportional representation led to more candidates from political parties vying for votes.

This year, it decided to participate in the election.

IAF, Jordan's main political opposition, is expected to win around 20 seats in parliament.

However, this is unlikely to make any dramatic change in the country's political atmosphere.

Political analyst Marwan Shehadeh says the strong parties need to be greater than 50 percent in order to be able to influence the decision-making process in parliament.

"If the parties stand at 20 or 30 percent, they will not count for more than 17 percent of the votes in the parliament. I think [the Islamic Action Front] will not be effective" he said. 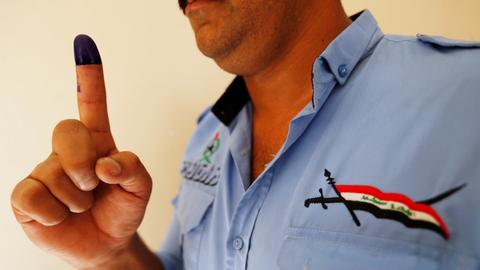