Sheikh Sabah al Ahmad al Jaber al Sabah will meet Saudi King Salman, a decision made after speaking with Qatar. Qatar thinks Kuwait can "communicate with the parties to the crisis and try to contain the issue."

Kuwait's ruler will travel to Saudi Arabia on Tuesday, hoping to heal a damaging rift between Qatar and powerful Arab states over the former's alleged support of terrorism and of political and religious rival Iran.

"The importance of regional peace and stability was underlined in the talks, as well as the importance of focusing on the path of diplomacy and dialogue to lower the current tension," according to one source.

In the meantime, the United Arab Emirates said they demand guarantees before fixing ties with Qatar, Al Jazeera reported.

"We need a guaranteed roadmap to rebuild confidence after our covenants were broken," UAE State Minister for Foreign Affairs Anwar Gargash said in Arabic on Twitter.

Gargash accused Doha of turning to "money and media and partisanship and extremism" in a series of tweets early on Tuesday.

"He received a call from the emir of Kuwait asking him to postpone it in order to give time to solve the crisis," Sheikh Mohammed said. He told the television channel that Qatar wants to give Kuwait's ruler the ability to "proceed and communicate with the parties to the crisis and to try to contain the issue."

Kuwait's emir had an important role in a previous Gulf rift in 2014 and Qatar's Sheikh Tamim "regards him as a parent and respects his desire to postpone any speech or step until there is a clearer picture of the crisis," Al Jazeera quoted the foreign minister as saying.

US President Donald Trump made his first public comments on the issue on Tuesday, even as members of his administration say they are trying to smooth over the rift.

During my recent trip to the Middle East I stated that there can no longer be funding of Radical Ideology. Leaders pointed to Qatar - look!

The president's statement came after current and former US officials on Monday said Washington would quietly try to calm the waters between Saudi Arabia and Qatar, arguing that the small Gulf state was too important to US military and diplomatic interests to be isolated.

They said they were blindsided by Saudi Arabia's decision to sever diplomatic ties with Qatar in a coordinated move with Egypt, Bahrain and the United Arab Emirates. 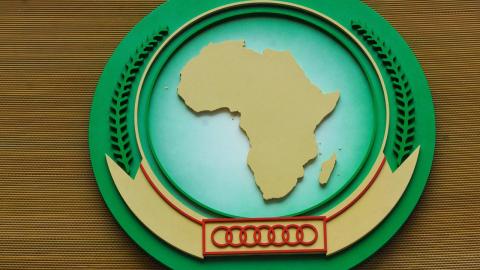