While the US and Russia's top diplomats meet for the first time to discuss war in Syria, President Donald Trump and his counterpart Vladimir Putin take to television to berate each other.

US Secretary of State Rex Tillerson told his Russian counterpart in Wednesday's meeting that he wanted to use talks in Moscow to understand why Russia and Washington had sharp differences and find a way to bridge those gaps.

The tense negotiations with Russia's Foreign Minister Sergei Lavrov come at a time when the US and Russia have traded blame over chemical attacks in Syria, which has entered its seventh year of war. Lavrov and Tillerson's talks are expected to focus on Syria and allegations that Russia interfered in US elections. Tillerson said he aims to clear up "sharp differences" with Russia.

Tillerson said both countries have agreed that their lines of communications must stay open.

Minutes before, Lavrov said it was important not to allow a repeat of US strikes in Syria which were unlawful.

Russia has lots of questions about the "very ambiguous" and "contradictory" ideas coming from the US, Lavrov said. Speaking through a translator, he said it was important for Russia to understand the "real intentions" of the Trump administration.

Russian President Vladimir Putin said relations between Moscow and Washington have deteriorated in the early months of Donald Trump's presidency.

"It can be said that the level of trust at the working level, especially at the military level, has not become better, but most likely has degraded," Putin said in an interview broadcast Wednesday by state television channel Mir as Tillerson held his first meeting with Lavrov.

Putin also asserted that Syria has complied with an agreement to dispose of chemical weapons "so far as we know."

"The United States is confident that the Syrian regime conducted a chemical weapons attack, using the nerve agent sarin, against its own people in the town of Khan Shaykhun in southern Idlib Province on April 4, 2017," the document reads.

TRT Worldn's Iolo ap Dafydd has more on the complex ties between Russia and the US.

He called Syrian regime leader Assad "an animal" on Fox Business Network, adding that Putin's support for Assad is "very bad for Russia" and "very bad for mankind."

Trump is increasing pressure on Russian President Vladimir Putin to abandon Assad while Tillerson is in Moscow. 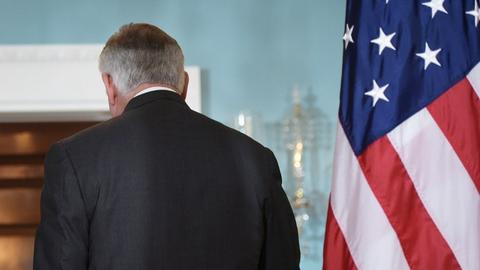 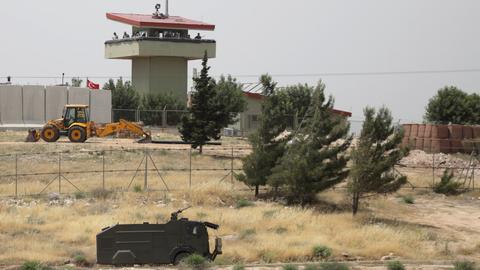 Turkey retaliates against regime attack on outpost in Syria's Idlib 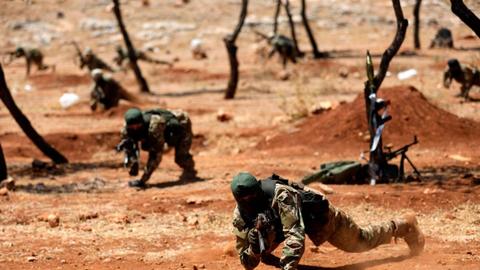