A Yazidi woman held as a slave by Daesh returned to her home in Iraq for the first time since she was captured three years ago, tearfully pleading for international help to free other Yazidi women still captive.

She was abducted from Kocho near Sinjar, an area home to about 400,000 Yazidis, and held by Daesh in Mosul where she was repeatedly tortured and raped. She escaped three months later, reaching a refugee camp, then making her way to Germany.

Murad has taken to the world stage to appeal for support for the Yazidi minority, in the United Nations Security Council in 2015 and to all governments globally, earning her a Nobel Peace Prize nomination and UN Goodwill Ambassador role.

Making her first visit home since she was kidnapped in 2014, she cried as she visited her former school in Kocho. The village was retaken from Daesh late last week. 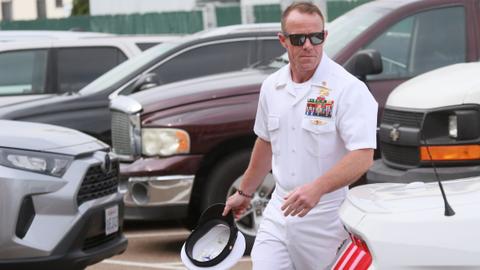