Medical charity Medecins Sans Frontieres (MSF) said on Wednesday that food supplies are close to running out in northeast Nigeria, where thousands of people are living in "catastrophic" conditions.

MSF says the region devastated by Boko Haram's insurgency had between 500,000 and 800,000 people trapped in areas that cannot be reached by humanitarian workers.

MSF emergency program manager Hugues Robert stated that the people living in villages and towns across Borno State are totally dependent on external assistance which he says is "cruelly lacking."

"If we don't manage quickly to provide them with food, water and urgent medical supplies, malnutrition and disease will continue to wreak havoc," he said.

MSF suggested that A UN "top emergency" designation which would put Nigeria on a list with Syria, Iraq and Yemen, would immediately mobilise more resources to a crisis that has not received nearly enough attention.

The medical charity also called on the United Nations to set up emergency food pipelines to the area where up to 800,000 civilians have been cut off for over a year.

In a news conference, MSF general director Bruno Jochum said "There is a vital need to have a food pipeline in place to save the population that can be saved."

.@MSF : a regional pipeline need to be put in place #Nigeria

Pipelines are needed as international organisations are struggling to access the villages and towns in northeast Nigeria.

The roads are unsafe for aid convoys due to mines, and it is not easy to find military escorts willing to make the dangerous journey.

Yet, last week, a MSF team escorted by Nigerian military officers managed to deliver around 40 metric tonnes of food last week to Banki, a Nigerian town near the Cameroon border.

Children in the town were vaccinated against measles, a disease that can be deadly for children under five.

Banki is currently hosting around 15,000 people, who had gone up to 18 months without any humanitarian relief before aid agencies and the UN arrived in June.

MSF officials estimate that mortality rates are very high in this town. After a rapid assessment of the population, it is found that as many as one in 12 people in Banki may have died over the past six months.

Nigeria, Africa's most populous country, was stormed by Boko Haram militants for years.

The group became active in the northern parts of the country in 2009, but became widely known in 2014, when its militants kidnapped around 280 girls from a school in the Chibok town of the Borno state.

The group expanded its campaign beyond Nigeria, carrying out terrorist attacks on neighboring countries including Niger, Chad and Cameroon.

Recently, the number of terror attacks in northeast Nigeria have declined and the Nigerian army forces have been able to retake significant territory from the group. 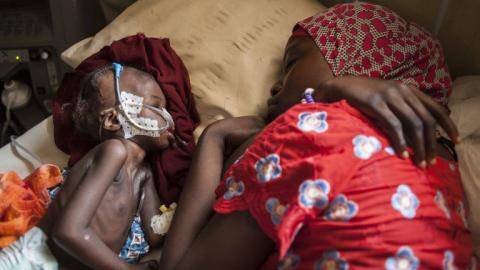 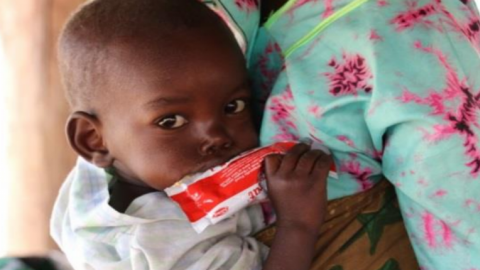 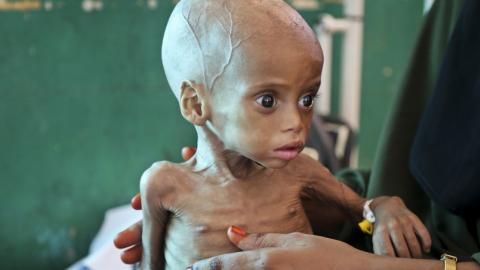