Teenagers in a village of Nabi Saleh near the city of Ramallah protest Israeli forces as around 1,500 Palestinian political prisoners have been on hunger strike for more than one month.

Palestinian teenagers in a village of Nabi Saleh near the city of Ramallah protested against Israeli forces to show their support for Palestinian political prisoners in Israeli jails who have been on hunger strike over a month.

"Each Palestinian house they have somebody in prison. You can say all Palestinians have a relative, a father, a brother, a sister in jail. Second, these people are political prisoners. It's not that they did a crime. They are freedom fighters," said Manaal Tamimi, a resident of Nabi Saleh village.

Fakhr al Bargouthi, a former prisoner, said the prisoners demand to use the kitchen, to be allowed to see their children and to be given access to books. "These are not political demands," he adds.

"The prisoner who is kept in a cell alone is only thinking only about his basic needs. They don't think about the outside world, they want to live like a human, that's all." 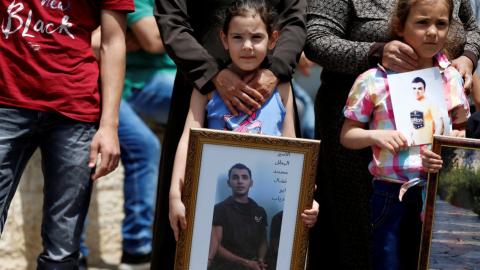 West Bank and Gaza shutdown in support of Palestinian prisoners 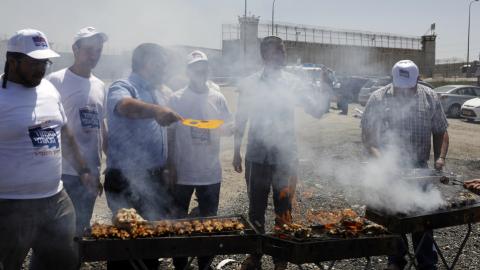 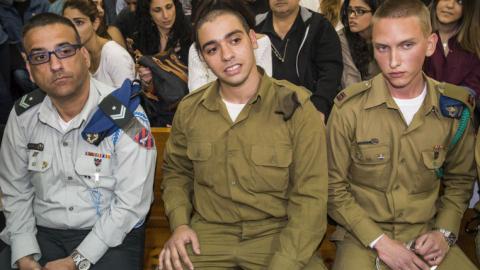 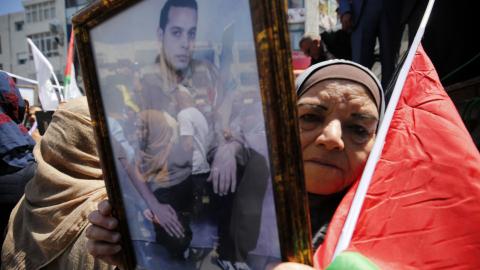 Hundreds of Palestinians in Israeli prisons go on hunger strike