The crown prince, also known by his initials, MBS, got near total control of the kingdom when his father King Salman appointed him as his successor in June 2017. It meant MBS would also become deputy prime minister and continue his position as defence minister.

In first such event since Khashoggi’s killing, King Salman announced a major cabinet reshuffle, naming new ministers and security chiefs -- a step signalling that King Salman has no reservations in cutting him down to size.

Becca Wasser, a policy analyst at Rand Corporation said in a tweet that reshuffle of the Saudi cabinet was expected given the fallout from the Khashoggi affair.

The presidential decree over the reshuffle demoted Adel al Jubeir, a veteran diplomat who served as  the country’s foreign minister, to the position of Minister of State. Jubeir was the main spokesperson for the kingdom, fielding questions about MBS's alleged role in Kashoggi's killing. He's been replaced by Ibrahim al Assaf, who served as finance minister for 20 years.

“(Assaf) will basically follow orders, but is seen as key to rebuilding the kingdom’s tarnished image given his own positive international image,” said Neil Quilliam, a senior research fellow at Britain’s Chatham House think tank told Reuters. “So this rings in the new for the new year, but no real change.”

In November, the US intelligence agency CIA concluded that the crown prince ordered Khashoggi’s assassination by a Saudi hit squad, a finding that Turkish President Tayyip Erdogan has hinted at earlier saying that the killing was ordered by the “highest level” of Saudi leadership.

But denying the leadership’s involvement in the killing since day one, Riyadh fired five top officials and arrested 18 Saudis as a result of the initial investigation in October. The arrests and firings were widely perceived as an attempt to ease the tensions amid the international outcry for the perpetrators of the killing to be held accountable.

The killing has also brought Riyadh’s ongoing military campaign in Yemen to international attention, with US lawmakers criticising it outrightly, asking president Donald Trump to stop the war or impose sanctions against Saudi Arabia. Saudi's military intervention in Yemen was launched by MBS, marking his first political move as defence minister in 2015, which has resulted into several thousand deaths and a massive destruction.

Improving relations with Damascus through backchannels

Since he took over the reins in 2017, MBS has been working on rebranding the Kingdom’s international image with a series of reforms. The kingdom also became the US’ close partner in the Middle East after the US president’s visit to Riyadh on May 2018 for a summit.

The former foreign minister Al Jubeir has been a defender of political settlement and a strong critic of the Bashar al Assad regime in Syria, where the US has been carrying air strikes since 2014.

A recent report, however, suggested that Gulf Nations, including Saudi Arabia, are moving towards readmitting Syria back into the Arab League after Damascus was expelled as a consequence of its brutal response to protests eight years ago.

The Gulf Country the United Arab Emirates and Bahrain recently announced that they will re-open its embassies in Damascus that it had been shut since the beginning of the Syrian war.

According to al Masdar, a pro-Syrian regime news outlet, Saudi Arabia and Syria are working on political reconciliation through back channels – via UAE. 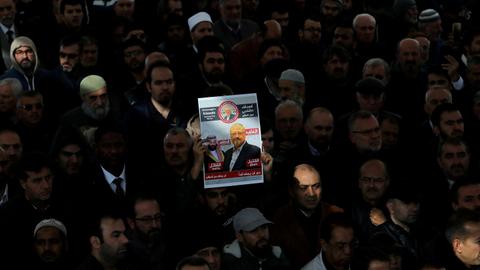