Regime news agency SANA reported that two shells were fired at the Russian embassy by rebel groups, one hitting the compound while the other fell nearby.

The Syrian capital of Damascus was hit by shelling on Sunday, wounding seven people while two projectiles hit the Russian embassy and a nearby area causing material damage, regime media reported.

SANA said the shelling of other parts of the city wounded seven people.

Syrian rebels in the suburbs of the capital have previously attacked the Russian embassy.

The shelling came as regime forces have been pounding rebel-held areas near Damascus for days.

Moscow is a strong supporter of regime leader Bashar al Assad and has been involved in Syria's civil war since September 2015.

The Britain-based Syrian Observatory for Human Rights reported that the civil war, now in its seventh year, has killed some 475,000 people including 99,617 civilians in addition to tens of thousands of troops, opposition fighters and extremists, as well as pro-regime gunmen.

The group, which tracks the civil war through a network of on-the-ground activists, says it has documented 331,765 deaths by name while the rest have not been identified.

The attack in Damascus came hours after a bomb exploded near a hospital in the rebel-held northwestern city of Idlib, wounding five people.

It added that another blast hit a bus in the southern province of Sweida, wounding seven people.

Explosions have killed thousands of people in Syria since the conflict began in March 2011 with anti-government protests before turning into a full-blown civil war. 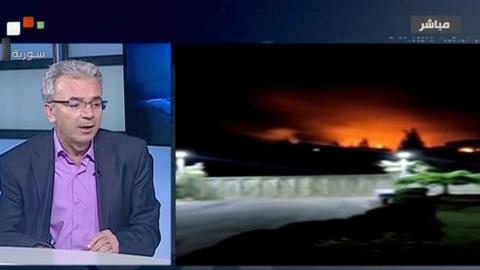 Civilians among 15 dead in Israeli strikes in Syria - SOHR