Syrian opposition leaders started leaving Geneva on Wednesday after air strikes on markets in the northwest killed at least 50 people, saying they could not take part in peace talks while civilians were dying daily.

In some of the deadliest violence since a ceasefire took effect in February, a suspected regime bombing raid on Tuesday hit a market in the city of Maaret al Numan, killing at least 40 civilians, a monitor said.

Another strike on a fish market in the nearby town of Kafranbel killed seven civilians, said the Syrian Observatory for Human Rights, a Britain-based monitoring group.

The strikes were in Idlib Province, which is under the control of Al Qaeda's Syrian offshoot al Nusra Front.

Like the DAESH terrorist group, al Nusra is excluded from the ceasefire and regime forces have continued offensives in areas under its control.

The main opposition High Negotiations Committee (HNC) condemned the strike on Maaret al Numan as a "massacre" and clear violation of the truce.

"It is a dangerous escalation of an already fragile situation, showing contempt for the whole international community at a time when there is supposed to be a cessation of hostilities," said spokesman Salem al Meslet.

The raid was Bashar al Assad's response to the HNC's decision to suspend its formal participation in negotiations.

"Our decision to postpone our participation in the Geneva talks was taken to highlight the cynicism of the regime in pretending to negotiate while escalating the violence... The world must not ignore this challenge," said Meslet. 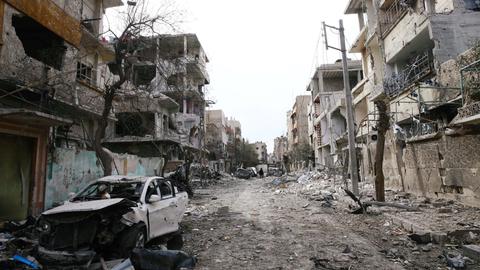 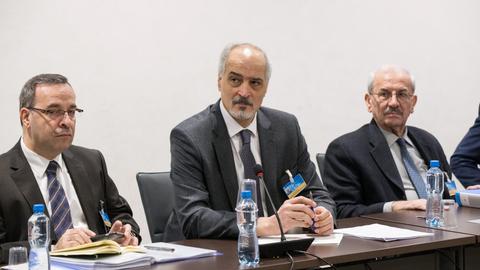 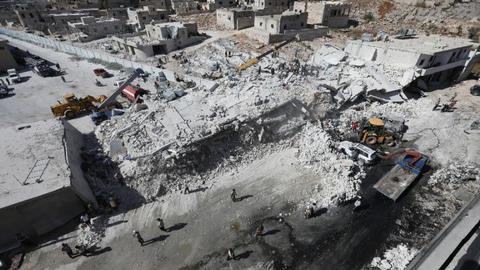