Mustafa Badreddine (55) was killed in an attack near a Hezbollah base close to the Damascus Airport in Syria.

Top Hezbollah commander Mustafa Badreddine has been killed in an attack near the group's base in Damascus, Syria.

This is the biggest blow to the Iranian-backed organisation since its military chief was killed in 2008.

The 55-year-old was one of the highest ranking officials in the group and is believed to be responsible for Hezbollah's military operations in Syria.

Hezbollah is fighting alongside the Syrian regime.

Lebanese TV station al Mayadeen claimed he had been killed in an attack by Israel, which struck Hezbollah targets in Syria.

He told the Hezbollah-backed al Manaar TV station, "This is an open war and we should not pre-empt the investigation but certainly Israel is behind this."

An internal investigation is underway to figure out whether he was killed by an air strike, missile attack or artillery bombardment.

Badreddine was indicted for involvement in the 1983 bombings of the US and French embassies in Kuwait that killed five people.

He was detained in Kuwait and imprisoned for years until he fled jail in 1990, after Iraq's Saddam Hussein's forces invaded Kuwait.

He was also being tried in absentia for assassinating former Lebanese Prime Minister Rafik Hariri via an explosion.

A Special Tribunal for Lebanon, in The Hague, Netherlands, indicted Badreddine on four charges.

He was also labelled as "the overall controller of the operation" in which Hariri was killed.

Hezbollah has now lost at least four prominent figures since January 2015, and a number of high-ranking Iranian officers have also been killed either fighting Syrian opposition or in Israeli attacks. 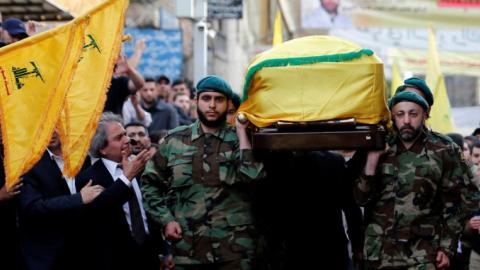 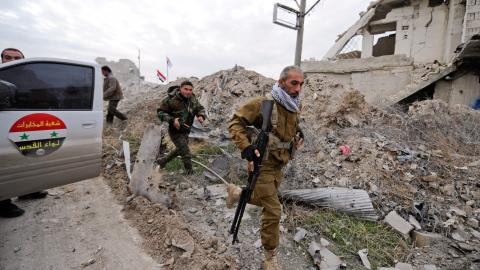