The offensive comes as the Turkey-backed Free Syrian Army (FSA) forces continue to make their way toward the strategic city of Al-Bab, in northern Aleppo.

At least 18 Daesh terrorists were killed in northern Syria over the last 24 hours, a Turkish army statement released on Saturday said.

The offensive comes as the Turkish-backed Free Syria Army (FSA) moves towards the Daesh stronghold of Al-Bab. The push is part of operation Euphrates Shield -- Ankara's first full-scale operation against the group in Syria which began in August.

In the Al-Rai region, five Daesh and five opposition fighters were killed in clashes, the statement said.

In addition, four buildings and a vehicle used by the group were destroyed in the air strikes.

In the last few days, Turkish-backed forces consisting of Syrian Arabs and Turkmen managed to arrive within eight kilometres of the key Daesh-held city of Al-Bab in northeast Aleppo.

Until now, over 1,500 square kilometres of land in northern Syria have been cleansed of Daesh as part of Turkey's Euphrates Shield.

The operation was launched in late August following a deadly bomb attack by Daesh which targeted a wedding party in Gaziantep, located in southeastern Turkey, leaving at least 51 civilians dead.

Turkey aims to drive Daesh from its border and establish a safe zone for Syrian refugees. 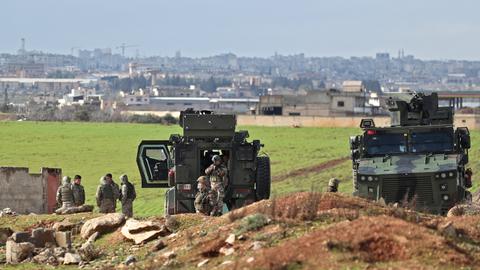