Three Turkish citizens, who were arrested at Al-Aqsa mosque on Friday, have been released on bail by an Israeli court on Saturday evening.

Two of the Turkish citizens – Abdullah Kizilirmak and Mehmet Kargili – are accused of "battering Israeli police and resistance".

The third one – Adem Koc – was accused of "disturbing public order and attending an illegal demonstration".

Two of the detained, Kizilirmak and Kargili, came from Belgium to visit Jerusalem and are dual citizens.

On December 6, US President Donald Trump announced his decision to recognise Jerusalem as Israel’s capital despite worldwide opposition and condemnation.

The decision sparked demonstrations across the world including Muslim nations.

Turkish President Recep Tayyip Erdogan and other top Turkish officials have spearheaded international opposition to the US move.

On Thursday, the UN General Assembly overwhelmingly passed a resolution against Trump's unilateral decision by a vote of 128-9. 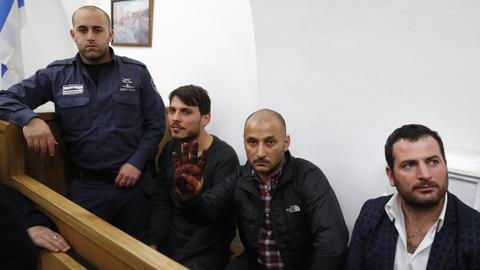 Freed Turkish citizens detained by Israel, to be deported