Turkish tanks cross the border in Syria amid a joint ground operation with Syrian opposition forces while Turkish and US-led coalition jets hit DAESH targets in the border town of Jarablus.

Turkish tank units on Wednesday crossed the border and entered into Syria as part of a military operation backed by jets and US-led coalition warplanes to clear the DAESH terrorist group from the Syrian border town of Jarablus, Turkish military sources said.

The operation, which began at around 4 am local time (0100 GMT), is aimed at securing the Turkish borders from terrorist groups, helping to enhance border security and supporting the territorial integrity of Syria, they said.

Preventing a new flow of refugees and delivering aid to the region's civilian population are also among the goals of the operation, officials said.

A senior US official said the United States will provide air cover for Turkey's operation, adding that Washington was "in synch" with its NATO ally on plans.

The official made the comment in a briefing to reporters who were travelling on US Vice President Joe Biden's plane en route to Turkey, where he is due to meet both President Recep Tayyip Erdoğan and Prime Minister Binali Yıldırım.

White and grey plumes of smoke rose from the hills in northern Syria, local media showed in footage broadcast live from the Turkish town of Karkamis across the border from Jarablus. The boom of artillery fire was audible.

The move comes after a series of mortar bombs landed in a residential Turkish area along the Syrian border beginning on Tuesday morning, security sources said.

There were no injuries in Karkamis, which lies around a kilometre across the frontier from Jarablus.

The operations of the Turkish Armed Forces, which has been actively fighting DAESH, have significantly contributed to ongoing efforts of the US-backed international coalition against the terror group.

Turkey had vowed on Monday to "completely cleanse" DAESH from its border region after a suicide bomber suspected of having links to the group killed 54 people in southeastern city of Gaziantep.

Turkey is also concerned about the growing influence of the YPG along its border, where they have captured large areas of territory since the start of the Syrian war in 2011. The YPG outfit is aligned with the outlawed PKK terror group.

The YPG took near complete control of Hasakah city on Tuesday. The outfit has controlled swathes of northern Syria since the start of the Syria war.

Their growing influence has alarmed Ankara, which has been fighting the PKK for almost four decades. The PKK has claimed a string of attacks in the southeast of Turkey since they broke a ceasefire last year.

Although the PKK is recognised as a terrorist organisation by Turkey, the US and the EU, Washington considers its Syrian branch the YPG to be an ally in the fight against DAESH.

But Ankara is focused on preventing the YPG building on recent advances against DAESH by capturing Jarablus.

The US-backed Syria Democratic Forces (SDF) alliance, the vast majority of which is comprised by the YPG, captured the city of Manbij, just south of Jarablus, from DAESH earlier this month.

Turkish Deputy Prime Minister Numan Kurtulmuş said this week that northern Syria should not become the domain of one group and that a "secure zone", an internationally policed buffer area Turkey proposed in vain in the past, should be reconsidered.

An opposition fighter said around 1,500 fighters were now gathered at a location in Turkey on standby to take part.

A second member of the Syrian opposition, which also includes Turkey-backed groups, told Reuters the fighters have entered Syria from Turkey as part of the operation to take back Jarablus. 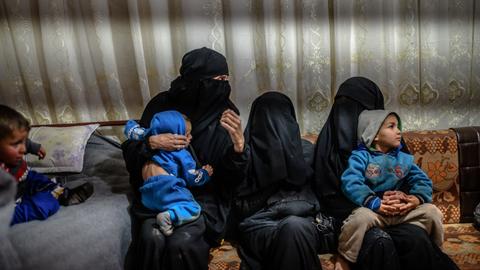