Fifty years after Israel occupied the Palestinian territories, its policies in the West Bank and Gaza are at the root of Palestinian hardship, the United Nations said on Wednesday.

"Occupation policies and practices remain the key cause of humanitarian needs in the occupied Palestinian territories," the UN Office for the Coordination of Humanitarian Affairs (OCHA) said in its latest report.

"At its heart, the crisis is one of a lack of protection for Palestinian civilians – from violence, from displacement, from restrictions on access to services and livelihoods, and from other rights violations."

Israel occupied the West Bank and the Gaza Strip during the 1967 six-day war.

Repeated efforts to negotiate a solution to the conflict and establish an independent Palestinian state alongside Israel have stalled.

A wave of unrest that broke out in October 2015 has claimed the lives of 266 Palestinians, 41 Israelis, two Americans, two Jordanians, an Eritrean, a Sudanese and a Briton, according to one estimate.

Israeli authorities say most of the Palestinians killed were carrying out knife, gun or car-ramming attacks.

Others were shot dead during protests or clashes, while some were killed in Israeli air strikes on the Gaza Strip.

OCHA's 15-page Humanitarian Overview for 2016 notes a sharp fall in bloodshed over the year compared to 2015.

"Palestinian fatalities from conflict-related violence in the occupied Palestinian territories and Israel declined by 37 percent compared with 2015," it said.

"The decline in Israeli fatalities was 48 percent."

However, Israeli demolitions of Palestinian homes in the West Bank, including annexed east Jerusalem, had peaked, it said.

"In the West Bank, more Palestinians were displaced in 2016 (1,601, including 759 children) due to demolitions of their homes by the Israeli authorities than in any year since OCHA began recording the phenomenon in 2009," it said.

In the Gaza Strip, where the unemployment rate is one of the highest in the world, a strict Israeli blockade has been in force for over a decade.

"Israeli restrictions on the entry of national staff of aid organisations to and from Gaza intensified in 2016, with 31 percent of permit applications to enter or exit Gaza denied," OCHA said.

That is up from an average of four percent in 2015, it added.

It said humanitarian operations in Gaza were impeded by restrictions imposed by Hamas authorities, donors blocking contact with them, the ongoing closure of the Rafah crossing with Egypt and the internal Palestinian divide. 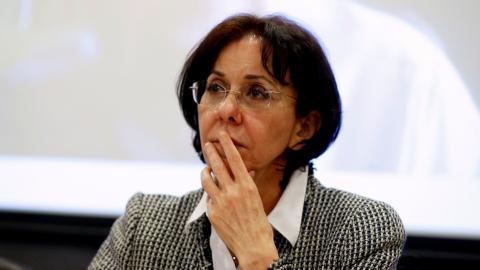 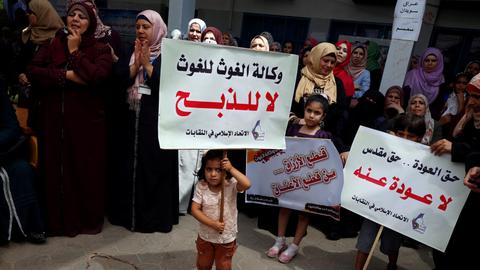