UN appeals for aid to avert humanitarian crisis in Yemen

Over two million children are malnourished, with nearly a quarter at risk of death, aid agencies warn as they try to drum up funds for Yemen.

The United Nations needs funds to avert famine in Yemen and warring factions there must ensure humanitarian aid can be delivered, the UN Secretary General Antonio Guterres said at a donor conference in Geneva on Tuesday.

The UN aimed to raise $2.1 billion for Yemen, where a child under the age of five dies of preventable causes every 10 minutes, but it has so far only reached 15 percent of the total.

Aid agencies have warned that millions in Yemen are starving and lack access to safe drinking water and sanitation. More than 13,000 people have died in the two years of fighting between Iran-backed Houthi rebels and Saudi-backed government forces

The fighting and a blockade imposed by the Saudi-led coalition have triggered a massive humanitarian disaster for one of the poorest nations in the world. 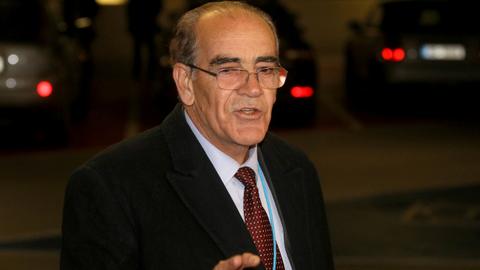