More than 40 children were among those killed in the strikes which leveled the municipality building in Syria's Al Mayadin, according to the Britain-based Syrian Observatory for Human Rights monitoring group.

Air strikes since Thursday evening have killed more than 100 people, including family members of Daesh fighters, in Al Mayadin, a town held by the terrorist group near Deir Al Zor in eastern Syria, a war monitor has said.

The Britain-based Syrian Observatory for Human Rights (SOHR) said the raids were carried out by US-led coalition warplanes.

The Observatory said more than 40 children were among those killed in the strikes, which levelled Al Mayadin's municipality building.

Many of the families had fled from Raqqa, Daesh's stronghold to the north-west, which US-backed Syrian fighters are pushing towards in an offensive against the group, the observatory said.

A spokesperson for the US-led coalition fighting Daesh said that its forces had conducted strikes near Al Mayadin on May 25 and 26 and were assessing the results.

"The rising toll of civilian deaths and injuries already caused by air strikes in Deir Al Zor and Raqqa suggests that insufficient precautions may have been taken in the attacks," UN High Commissioner for Human Rights Zeid Ra'ad al Hussein said in a statement on Friday.

He said "all states" whose air forces are active in the anti-Deash missions needed "to take much greater care to distinguish between legitimate military targets and civilians."

The SOHR gathered information from civilian and medical sources on the ground in Daesh-held Mayadin, which was facing its third day of fierce bombing.

Residents saw reconnaissance aircraft and warplanes circling the city at 7:25 pm local time (1625 GMT) on Thursday before they fired missiles which struck two buildings, one of which was a four-storey block housing Syrian and Moroccan families of Daesh militants.

This week, the observatory reported the highest monthly civilian death toll for the coalition's operations in Syria.

Between April 23 and May 23 of this year, coalition strikes killed a total of 225 civilians in Syria, including dozens of children.

Daesh is losing ground in both Syria and Iraq under an assault from various rival forces in both countries. Many of its fighters who have retreated from other fronts are amassing in Syria's Euphrates basin area.

Most air raids against Daesh strongholds along the Euphrates basin in Syria have been conducted by a US-led coalition and by the Syrian regime and Russian jets. Iraqi warplanes have also carried out at least one air raid in east Syria.

On Thursday, a Pentagon investigation concluded that at least 105 civilians died in an anti-Daesh air strike on the group's weapons cache in Mosul in March.

Prior to the new revelation, the US military had said coalition air strikes in Iraq and Syria had "unintentionally" killed a total of 352 civilians since 2014.

The US-led coalition against Daesh says it is careful to avoid civilian casualties in air strikes and investigates any that are reported to have taken place.

Russia and the Syrian regime both deny targeting civilians. 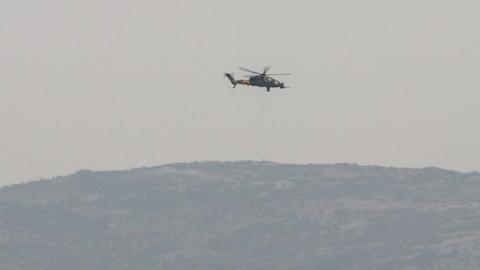 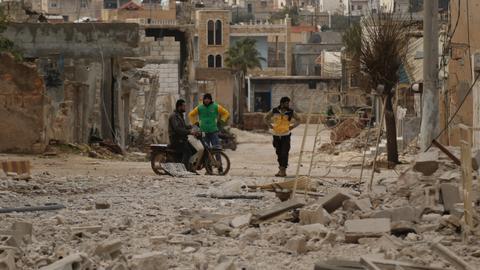 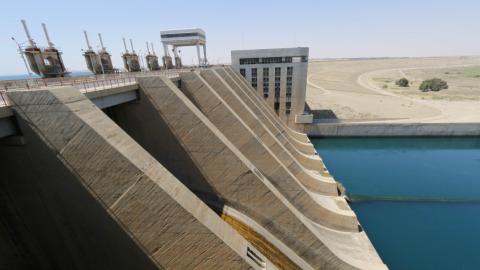