A life without colour, women who lived in Mosul when it was controlled by the group say. They were largely confined to their homes, not allowed to attend universities and forced to don face veils andblack clothing, residents share.

It's a slightly different Mosul for women after Iraqi forces backed by the US recaptured the Iraqi city from militant group Daesh. After nine months of street-by-street and house-by-house fighting, Mosul is considered Daesh-free and one visible change is women in brightly-coloured clothes without the face veils and black coverings made mandatory by Daesh.

Iraq's Prime Minister Haider al Abadi announced the liberation of Mosul on July 10 and described it as an "absolute victory" after months of fierce fighting with Daesh.

"During the rule of Daesh, our freedom was constricted. We could not act freely, if we went out we had to wear all black, with a niqab (face veil) and gloves, we had to hide every part of our body. We had no freedom but now, thank God, it is better," Aya Hani, a resident of eastern Mosul, said.

Women were required to largely stay at home or wear head-to-toe black coverings if they ventured out under Daesh rule.

Another eastern Mosul resident Iman Khader shared the same experience; women under Daesh rule were not allowed to attend universities and had to wear face veils and black coverings.

Abu Mustafa, a store owner in Mosul said women were hesitant to buy any goods under Daesh but "now that we are rid of this cancer – I consider them a cancer – women are free to go out."

Mosul is the second largest city in northern Iraq and was Daesh's primary stronghold in the country. 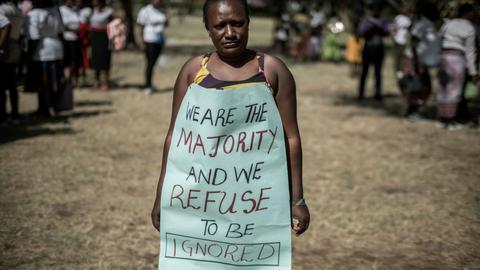