Yemeni forces backed by Apache helicopters from a Saudi-led coalition wrested the city of Houta, the regional capital of Lahj Province, from Al Qaeda militants, after a gun battle on Friday morning, a local military official said.

Houta, a strategic inroad city connecting the port city of Aden to other major cities in southwestern Yemen, had been held by Al Qaeda in the Arabian Peninsula (AQAP) since last summer.

The militants took advantage of over a year of war between the embattled government and Iran-backed Houthi rebels to seize the city, after capturing the port city of Mukalla, which they extended their area of control and influence around 600 kilometres towards Aden.

"The campaign to control Houta has been completed and it has been cleansed of Al Qaeda and extremist elements," he said. Several people were killed and injured on both sides and 48 militants were captured, he added.

Until the attack on Houta, AQAP has suffered few territorial losses, despite a stepped-up American campaign of air strikes and drone attacks on its bases.

Yemen has remained in turmoil since September 2014, when the Houthis backed by Iran overran capital, Sanaa, and other parts of the country, forcing Yemeni President Abd Rabbuh Mansur Hadi and his government to flee to Saudi Arabia.

UN-sponsored peace talks to end the fighting, which has killed more than 6,200 Yemenis and displaced millions, will begin on April 18 in Kuwait.

Saudi Arabia and its Gulf allies began a military campaign in March 2015, aimed at restoring President Hadi back in power.

The Saudi-led coalition was able to push Houthi militias out of the southern port city of Aden last July, but Houthis still control the capital, Sanaa. 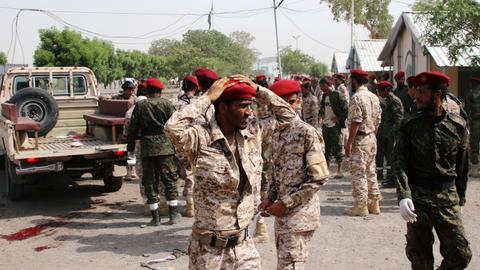 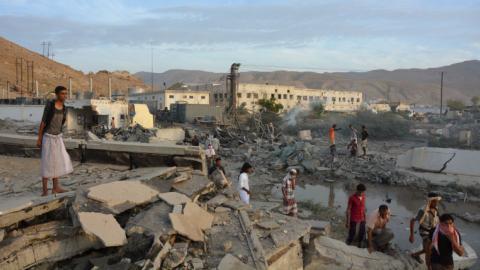