As part of a series, TRT World explores stories of fascinating personalities of African descent whose historical contribution have been largely ignored.

Black Musa still evokes the feelings of valour and defiance in present-day Turkey. For many military historians, Musa was a valiant soldier who over a century ago fought many battles against Western imperialism, defending the borders of the Ottoman Empire. He's particularly remembered for putting up a tough resistance against the Italian invasion of Tripoli in 1911.

During the battle of Tripoli, the Ottoman army, along with the volunteers from several parts of Africa and the Middle East, fought shoulder-to-shoulder to contain the Western invasion from both eastern and western fronts.

Tugrul Oguzhan Yilmaz, a fellow at the Association of Researchers in Africa, told TRT World that Black Musa played a crucial role in establishing the Western Thrace Turkish Republic, besides taking part in the reconquering of Edirne from Bulgarians.

Born on the island of Crete in the 1890s, Musa's parents were forced to migrate from Sudan to the Ottoman-ruled territory as the British army occupied their country in 1898. His grandfather moved to Cairo and when Musa lost his father when he was a young child, he moved to Cairo to live with his grandfather. He received his formal education in the Egyptian city and was raised in a Turkish neighbourhood. He learned Turkish at a very young age.

As the empire faced another military threat from the Balkans, Musa was ordered to leave Tripoli and return to Istanbul. Led by Bey, he participated in the Balkan War.

After the war, he became a personal bodyguard for the now Chief Commander Enver Pasha and joined the empire's intelligence service Teskilat-i-Mahsusa.

As a member of the intelligence agency, he carried out many undercover operations against the British forces. Under Esref Bey's command, he also took part in the Canal Campaign and worked on cultivating support from several Arab tribes. During this time, he met with Mehmet Akif Ersoy, a poet and the author of Turkish national anthem. Ersoy described Musa as a well behaved and moral man.

When Sharif Hussein, then Emir of Mecca, betrayed the Ottoman Empire by collaborating with British forces, Musa followed Esref Bey, who led a military battalion to Hejaz to deal with the British advances.

But Esref fell into the hands of Bedouin forces.

After the unsuccessful Hejaz campaign, Musa returned to Istanbul, where he fell on hard times. Another famous Ottoman military general Ali Sait Pasha spotted him on the street once and offered him pension for his outstanding gallantry. He simply denied the offer saying: “I cannot take a salary from this poor country.”

In 1918, as the signing of the Armistice of Mudros paved the way for the Ottoman retreat from World War I, the Entente States occupied Istanbul. The soldiers under the command of General Harrington patrolled the streets of Istanbul. One day, Harrington saw Musa on the street and enquired about him.

His soldiers told him that he was the famous 'Black Musa' who gave a tough time to British soldiers in Yemen and smuggled a large quantity of the Ottoman gold. Aware of Musa's military finesse, Harrington offered him a military position.

He took a porter's job at Customs Building in Istanbul's Karakoy district. But in his own time, he smuggled arms to Anatolia, which were later used in the Turkish War of Independence.

Long, hard battles of the great war and separation from his mentor Esref Bey took their toll on his health. In the last phases of his life, he suffered from tuberculosis and refused to be treated in hospital for free. He quietly died in a sufi lodge across the Bosphorus River on Istanbul's Asian side. 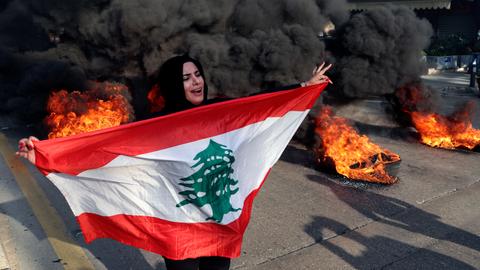