The death toll from the ammonium nitrate blast rises to 137 as the number of wounded reaches at least 5,000, compounding public anger that erupted in protests last year against a government seen as corrupt and inefficient.

Investigators probing the deadly blast that ripped across Beirut are focusing on negligence in the storage of tonnes of a highly explosive fertiliser in a waterfront warehouse. But public anger in Lebanon is mounting after initial findings reveal that officials did nothing despite warnings six months ago the stockpiled ammonium nitrate could "blow up all of Beirut" if not removed.

Tuesday's explosion in Beirut –– the most powerful blast to hit the country –– came as Lebanon was already being crushed by an economic crisis, political upheaval and public discontent.

Lebanese authorities said the blast was caused by an accidental fire that ignited 2,750 tonnes of ammonium nitrate stored at the port since 2014. At least 137 people were killed and 5,000 wounded in the catastrophic accident, the health ministry said.

Dozens are missing and up to a quarter of a million people were left without homes fit to live in after shockwaves smashed building facades, sucked furniture out into streets and shattered windows miles inland.

Military prosecutor Fadi Akiki said in a statement that 18 staffers at Beirut's port had been called in for questioning, 16 of whom remain in custody pending further investigations.

They include port and customs officials as well as maintenance workers and their managers, Akiki said.

His statement came as an official confirmed to AFP that the central bank had ordered an asset freeze for seven port and customs officials, including Badri Daher, director-general of Lebanon's customs authority.

Lebanon's cabinet on Wednesday ordered the house arrest of several port officials but the Lebanese blamed politicians who have overseen and benefited from decades of state corruption and bad governance.

Their anger is directed at the ruling elite that is being blamed for the chronic mismanagement and carelessness that led to Tuesday's disaster.

"They will scapegoat somebody to defer responsibility," said Rabee Azar, a 33-year-old construction worker who came to the port on Thursday morning to try to start repairs.

"This explosion was the final bullet to kill off the country."

"Nothing will come of the investigation. Nobody will believe them," said Azar, speaking near the smashed remains of a grain silo where tonnes of wheat was scattered on the ground. Silos which serve as storage for some 80 percent of the country's grain.

In Beirut's beloved bar districts, hundreds of young Lebanese have ditched beers for brooms to sweep debris in the absence of a state-sponsored cleanup operation following a deadly blast.

"What state?" asked 42-year-old Melissa Fadlallah, a volunteer cleaning up the hard-hit Mar Mikhail district of the Lebanese capital.

The explosion, which hit just a few hundred metres away at Beirut's port, blew all the windows and doors off Mar Mikhail's pubs, restaurants and apartment homes on Tuesday.

By Wednesday, a spontaneous cleanup operation was underway there, a glimmer of youthful solidarity.

Wearing plastic gloves and a mask, Fadlallah tossed a shard of glass as long as her arm at the door of the state electricity company's administrative building that looms over the district.

"For me, this state is a dump, and on behalf of yesterday's victims, the dump that killed them is going to stay a dump," she told AFP.

The blast killed more than 110 people, wounded thousands and compounded public anger that erupted in protests last year against a government seen as corrupt and inefficient.

"We're trying to fix this country. We've been trying to fix it for nine months but now we're going to do it our way," said Fadlallah.

"If we had a real state, it would have been in the street since last night cleaning and working. Where are they?"

The prime minister and presidency have said the ammonium nitrate, used in fertilisers and bombs, had been stored for six years at the port without safety measures.

"It is negligence," an official source told Reuters late on Wednesday, adding that the issue on storing the material safely had come before several committees and judges and "nothing was done" to order the material be removed or disposed of.

Another source close to a port employee said a team that inspected the material six months ago warned it could "blow up all of Beirut" if not removed.

The head of Beirut port and the head of customs both said on Wednesday that several letters were sent to the judiciary asking for the dangerous material be removed, but no action was taken.

Port General Manager Hassan Koraytem said the material had been put in a warehouse on a court order, adding that they knew then the material was dangerous but "not to this degree".

"We requested that it be re-exported but that did not happen. We leave it to the experts and those concerned to determine why," Badri Daher, from the Lebanese Customs, told broadcaster LBCI.

Two documents seen by Reuters showed Lebanese Customs had asked the judiciary in 2016 and 2017 to request that the "concerned maritime agency" re-export or approve the sale of the ammonium nitrate, which had been removed from cargo vessel Rhosus and deposit ed in warehouse 12, to ensure port safety.

'Nothing done to remove the hazardous material'

An official source familiar with preliminary investigations blamed the incident on "inaction and negligence", saying "nothing was done" to remove hazardous material.

Some local media reported sightings of drones or planes flying in the area shortly before the explosion and some Beirut residents said they saw missiles fired. But officials have denied the incident was the result of an attack.

A Lebanese security source said the initial blaze that sparked the explosion was caused by welding work.

White House Chief of Staff Mark Meadows said the US government had not ruled out the possibility that Tuesday's explosion was an attack and was still gathering intelligence.

Health officials reported that hospitals were running out of beds and equipment to attend to the injured.

Operations have been paralysed at Beirut port, Lebanon's main route for imports needed to feed a nation of more than 6 million people, forcing ships to be diverted to smaller ports.

A few civil defence workers could be seen examining building structures but they were vastly outnumbered by young volunteers flooding the streets to help.

In small groups, they energetically swept up glass beneath blown-out buildings, dragging them into plastic bags.

Others clambered up debris-strewn stairwells to offer their homes to residents who had spent the previous night in the open air.

"We're sending people into the damaged homes of the elderly and handicapped to help them find a home for tonight," said Husam Abu Nasr, a 30-year-old volunteer.

"We don't have a state to take these steps, so we took matters into our own hands," he said.

READ MORE: The chemical behind the Beirut explosion has been a concern for years

Outrage at the government was palpable among volunteers, many of whom blamed government officials for failing to remove explosive materials left at the port for years.

"They're all sitting in their chairs in the AC while people are wearing themselves out in the street," said Mohammad Suyur, 30, as he helped sweep on Wednesday.

"The last thing in the world they care about is this country and the people who live in it."

He said activists were preparing to reignite the protest movement that launched in October.

"We can't bear more than this. This is it. The whole system has got to go," he said.

READ MORE: 'How much more can we take?' Beirut is in mourning and rejects ‘resilience’ 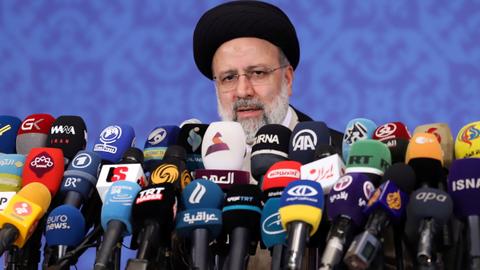 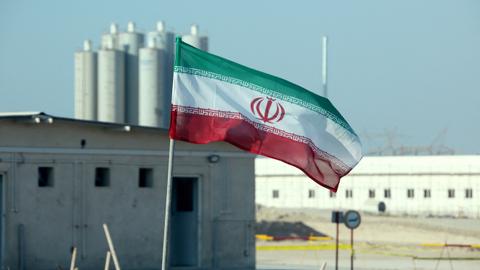 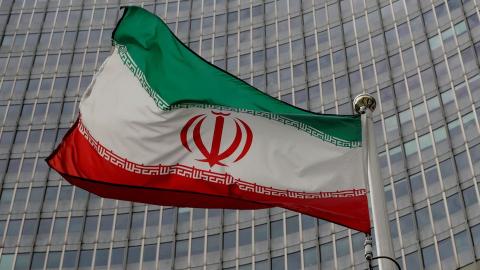