Iran's government says only 12 people have died so far amongst 61 cases, after being accused of covering-up deadliest virus outbreak outside China where some 2,600 people have died.

Iran's Health Ministry said 12 deaths have been recorded to date in the country from coronavirus but a lawmaker in the Iranian city of Qom said a staggering 50 people have died from the new coronavirus this month.

The new death toll reported by the Qom representative, Ahmad Amiriabadi Farahani, is significantly higher than the latest number of nationwide confirmed cases of infections that Iranian officials had reported just a few hours earlier, which stood at 12 deaths out of 61 cases, according to state TV.

"This is not the time for political confrontations. The coronavirus is a national problem," he added.

Harirchi said some 900 other suspected cases are being tested, he said.

"No one is qualified to discuss this sort of news at all," Haririchi said, adding that lawmakers have no access to coronavirus statics and could be mixing figures on deaths related to other diseases like the flu with the new virus, which first emerged in China in December.

Still, the number of deaths compared to the number of confirmed infections from the virus is higher in Iran than in any other country, including China and South Korea, where the outbreak is far more widespread.

The number of fatalities in China has soared, with 150 more confirmed deaths, taking its official death toll to nearly 2,600.

Farahani, the lawmaker from Qom, was quoted in local media saying more than 250 people are quarantined in the city, which is a popular place of religious study for Shia from across Iran and other countries.

He spoke following a session in parliament in Tehran on Monday, and was quoted by ILNA and other semi-official news agencies.

The lawmaker said the 50 deaths date as far back as February 13. Iran first officially reported cases of the virus and its first deaths in Qom on February 19.

"I think the performance of the administration in controlling the virus has not been successful," Farahani said, referring to the government of President Hassan Rouhani.

"None of the nurses have access to proper protective gears," Farahani said, adding that some health care specialists had left the city. "So far, I have not seen any particular action to confront corona by the administration."

China, India, Iran and now first Corona Virus case reported in Afghanistan too!!! Pakistan surrounded from virus all sides around.

Shall the govt seal Afghan border too?

There are concerns that clusters of the new coronavirus in Iran, as well as in Italy and South Korea, could signal a serious new stage in its global spread.

A top World Health Official expressed concerns on Monday over the virus' spread.

"We are worried about the situation in the Islamic Republic of Iran and in Italy," WHO chief Tedros Adhanom Ghebreyesus said.

"It is an incredible time. Less than two months ago, the coronavirus was completely unknown to us," Ghebreyesus said.

The outbreak in Iran has centered mostly in the city of Qom but spread rapidly over the past few days as Iranians went to the polls on Friday for nationwide parliamentary elections, with many voters wearing masks and stocking up on hand sanitizer.

Authorities in Iran have closed schools across much of the country for a second day. Soccer fans across Iran not permitted to attend matches and shows in movie theaters and other venues were suspended until Friday.

Authorities have begun daily sanitisation of Tehran's metro, which is used by some 3 million people, and public transportation cars in the city.

Iranian health officials have not said whether health workers in Qom who first came in contact with infected people had taken precautionary measures in treating those who died of the virus.

Iran also has not said how many people are in quarantine across the country overall.

Neighbouring countries have reported infections from travellers from Iran in recent days, prompting all to shut their borders to Iranian citizens.

Iraq on Monday confirmed its first novel coronavirus case in an elderly Iranian national in the southern shrine city of Najaf, according to health officials.

Ian Mackay, who studies viruses at the Australia's University of Queensland said the latest figures mean that "Iran could become the hotspot for seeding countries that have traveled with Iran ... a source outside of China."

Iran is already facing diplomatic and economic isolation under US pressure. The virus threatens to isolate Iran even further as its neighbors close their borders to prevent its spread.

Italy reported on Monday its sixth death from the new coronavirus, as the number of people contracting the disease continued to mount and officials called for calm.

Prime Minister Giuseppe Conte has said that residents could face weeks in lockdown in an effort to sit out the virus.

Angelo Borrelli, head of the country's civil protection agency, said 219 people had now tested positive in Italy, which has the most confirmed cases in Europe.

Meanwhile, Ireland said its citizens should not travel to parts of Italy affected by an outbreak of the new coronavirus.

"There has been an increase in the number of confirmed cases of Coronavirus in Italy... Citizens are advised not to travel to affected areas," the Foreign Ministry said on its website on travel advice updated on Monday.

Israel has also warned against travel.

"Considering the development of the epidemic in South Korea, the Security Bureau will issue a red travel alert," John Lee told reporters.

"We also urge Hong Kong residents not to travel there unless necessary," he added.

The number of coronavirus cases in South Korea is climbing steadily, with the death toll now at eight.

The virus alert has been raised from orange to red, the highest level possible.

South Korea has the most number of coronavirus cases outside of China. 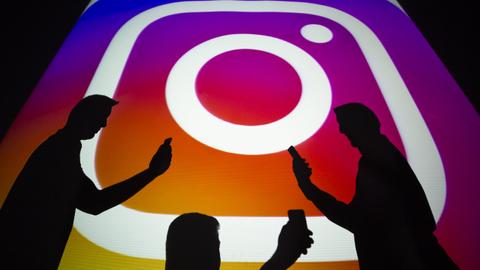 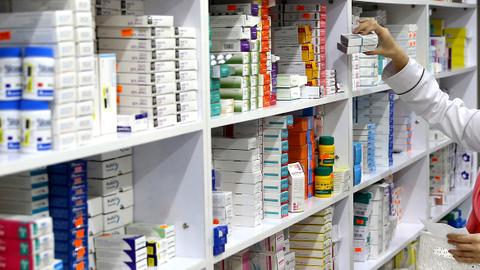 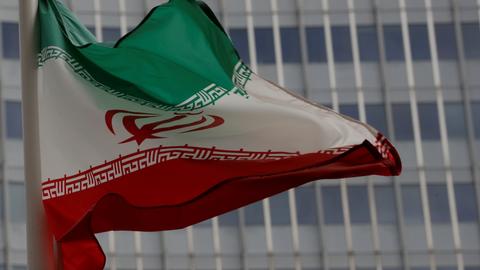