In many Kirkuk neighbourhoods with Arab and Turkmen majority, there is defiance against the intention to break away from Iraq.

As three largely Kurdish areas in northern Iraq prepare for independence vote on Monday (September 25), there is unease among hundreds of thousands of Arabs and Turkmen who oppose the referendum and find themselves at the centre of a tug of war.

The referendum on Kurdish independence from Iraq being conducted by the semi-autonomous Kurdish Regional Government (KRG) has been rejected by the US, UN Security Council, Turkey, the Iraqi government and other neighbours.

They have called the Kurdish leadership to postpone the referendum.

In the ethnically mixed city of Kirkuk, there is euphoria over the fact there is a vote.

"I think this is significant, This is once in a lifetime opportunity, and if we miss this opportunity I'm sure it's not going to come back in my lifetime," said Najmadin Karim, Governor of Kirkuk region.

Despite being sacked by the Iraqi Parliament, Karim continues in office.

But in many Kirkuk neighbourhoods with Arab and Turkmen majority, there is defiance against the intention to break away from Iraq.

"The population here is mostly Turkmen. We don't want this to happen and as Turkmen we don't want to become part of a Kurdish region. It's impossible, and it won't happen," said Tekin Jamal Mohammad Ali, a 40-year-old Turkman.

Hamid Aliabdullah, an Iraqi Arab in Kirkuk, who participated in a pro-referendum rally, however, hoped that any ethnic conflict should be avoided.

"We came here to say to our Iraqi people especially our brothers in Kirkuk province that Arab, Turkmen, Kurd and Christian are all brothers together. And we refuse everything that's against humanity," he said. 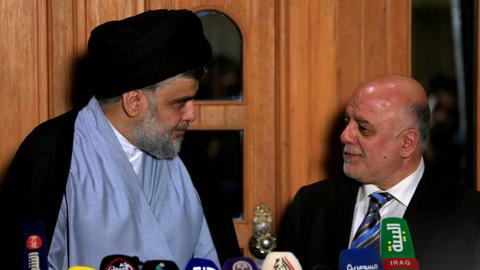