Around 3,800 members of Labor party will vote to join the government coalition headed by their once arch-rival Prime Minister Benjamin Netanyahu despite his ongoing criminal indictments.

Israel's Labor party is voting Sunday on a proposal to join a government headed by arch-rival Benjamin Netanyahu despite repeated campaign promises to never sit with a prime minister facing criminal indictments.

The once-mighty left-wing party dominated Israeli politics for the country's first three decades but has since fallen to a historic low of six seats in the 120-member parliament.

Netanyahu's right-wing Likud is the largest faction, with 36.

Around 3,800 members of Labor's central committee will vote electronically on party leader Amir Peretz's proposal to join the unity government headed by Netanyahu and his main political adversary, Benny Gantz of the centrist Blue and White party.

After three deadlocked national elections in just over a year, Gantz and Netanyahu agreed earlier this month to form a unity government to address the coronavirus pandemic and the resulting economic crisis.

Unemployment has shot up to over 25 percent since the beginning of March as Israel has forced most non-essential businesses to close to prevent the virus' spread.

The Health Ministry has reported over 15,000 cases and nearly 200 deaths.

As part of their unity deal, Netanyahu and Gantz agreed to share the premiership, with Netanyahu serving as prime minister the first 18 months and Gantz serving the next 18 months.

Netanyahu is scheduled to face trial next month on charges of fraud, breach of trust and accepting bribes. He denies the charges.

Peretz wrote on Facebook last week that joining the Netanyahu-Gantz government would put the six-seat party "back in political centre stage."

"We are joining an equal unity government with a rotation in the role of the prime minister, not a right-wing government," he said.

But allying with Netanyahu runs against repeated campaign promises by Peretz, who shaved his decades-old signature moustache on video last year.

"Now everybody can read my lips,” he said. He then pledged never to join a Netanyahu-led government.

'Voters will retaliate against us'

The Netanyahu-Gantz agreement also includes a clause to advance plans to annex parts of the occupied West Bank, including Israeli settlements, starting on July 1.

Peretz has said he would oppose such a move from within the government. But some Labor supporters believe that by joining Netanyahu's government, the party will be accessory to dismantling the Oslo Accords with the Palestinians spearheaded by Labor prime minister Yitzhak Rabin, who was assassinated by a right-wing extremist in 1995.

"Voters will retaliate against us for this disgrace, and the glorious Labor party of Ben Gurion and Rabin will simply be erased,” she said in a video Sunday, referring to Israel's founding father and first prime minister, David Ben Gurion. 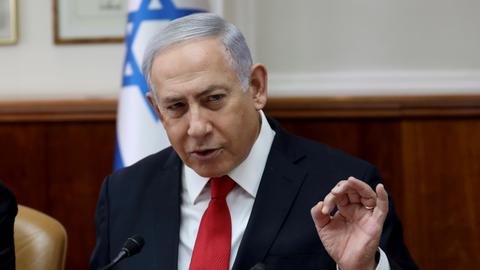 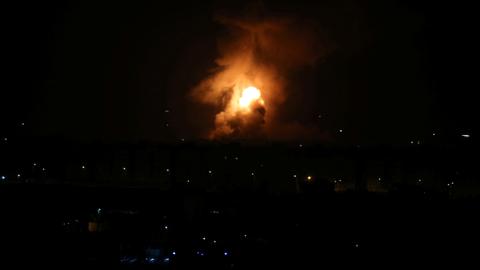