The Israeli military has said that it had conducted airstrikes against targets in the Gaza Strip. The strikes hit what the military alleged as "terror targets" operated by Gaza's ruling party Hamas.

A Hamas spokesman said that despite the Israeli attacks, "Gaza still fights and doesn't break."

The strikes came hours after militants in the Gaza Strip fired a rocket into southern Israel, the Israeli army said.

An Israeli army spokesperson said the rocket hit open ground and caused no casualties or damage.

It was the second such exchange in recent days. Late Thursday, Palestinian militants fired a rocket at southern Israel, prompting the army to launch retaliatory air strikes on Gaza that caused no casualties.

The densely populated Gaza Strip has been under an Egyptian-Israeli blockade since 2007, when Hamas took over the strip.

The blockade has undermined living conditions in the coastal enclave.

More than 2,160 Palestinians were killed, most of them civilians, and some 11,000 injured in an Israeli onslaught against the Gaza Strip in 2014. 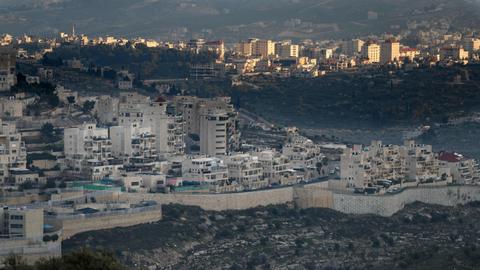