Nakba means "catastrophe" and refers to the events of the Deir Yassin massacre which took place on April 9, 1948 when roughly 600 people were killed by Zionist militias.

Palestinians mark the 71st anniversary of the Nakba -  the day in 1948 when Zionist militias forced more than 750,000 Palestinians to flee their homeland. It eventually left more than eight million Palestinians stateless.

Seventy-one years ago, roughly 600 people were attacked by militias in the Palestinian village of Deir Yassin. More than 100 Palestinians were killed. The massacre was pivotal in pushing Palestinians to leave their homes.

Israel has continued to expand its occupation in the West Bank and Jerusalem since 1948. Palestinians say that makes the Nakba, which means catastrophe, an on-going event. 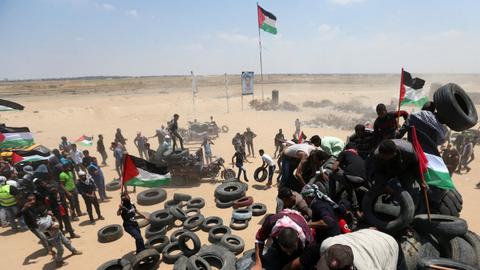