Murtaja Qureiris, now 18, is a youth who has been detained since he was 13 years old in the Saudi juvenile detention and prison system, which lack basic human amenities and where he was subjected to torture and solitary confinement.

Murtaja Qureiris is now 18. He was detained for about four years ago, in September 2014.

He can be seen in CNN footage of a bike protest in Saudi Arabia’s Eastern Province in 2011 — for which he now faces the death penalty for his actions as a child during the so-called Arab Spring.

According to human rights organisation Amnesty International, Saudi Arabia’s Public Prosecution has sought the death penalty for Qureiris last August for “a series of offences” dating back to whne Qureiris was just ten years old.

The charges are listed as “participating in anti-government protests, attending the funeral of his brother Ali Qureiris who was killed in a protest in 2011, joining a ‘terrorist organisation,’ throwing Molotov cocktails at a police station, and firing at security forces,” says Amnesty in a press release dated June 7.

The European Saudi Organization for Human Rights (ESOHR) has reported that the boy was subjected to “coercion and deception” by the interrogators and “tortured and beaten” in solitary confinement. ESOHR also said Qureiris was promised he would be released “if he cooperated with the investigation and admitted the charges against him”.

ESOHR has reported that neither the boy’s first confinement in an observation home (juvenile detention) nor his transferred new location Mabahith prison for adults were appropriate for him.

Observation homes in Saudi Arabia, ESOHR says,”are not considered a safe place for children because torture and cruel and degrading treatment are practiced there, as well as allegations of employees committing sexual crimes against the children.”

As for the Mabahith prison, ESOHR says Qureiris was only 16 when he was transferred to the “notorious” adult prison known for “routine use of torture and inhuman treatment”.

There have already been at least 104 executions in Saudi Arabia in 2019, with  ESOHR putting the number at 107 and Amnesty at 104.

“The Saudi Arabian authorities have a chilling track record of using the death penalty as a weapon to crush political dissent and punish anti-government protesters - including children - from the country’s persecuted Shia minority,” Amnesty International’s Middle East Research Director Lynn Maalouf has said in a statement.

She has added that “There should be no doubt that the Saudi Arabian authorities are ready to go to any length to crack down on dissent against their own citizens, including by resorting to the death penalty for men who were merely boys at the time of their arrest.”

Maalouf, commenting in April 2019 regarding the execution of 37 people in Saudi Arabia in what Amnesty called an “execution spree” said then that the use of the death penalty “is even more shocking when it is applied after unfair trials or against people who were under 18 at the time of the crime, in flagrant violation of international law”.

Amnesty noted that the majority of those executed then were Shia men “convicted after sham trials that violated international fair trial standards which relied on confessions extracted through torture.”

As a principle, Amnesty International says it “opposes the death penalty in all cases, regardless of who is accused, the crime, their guilt or innocence or the method of execution.” 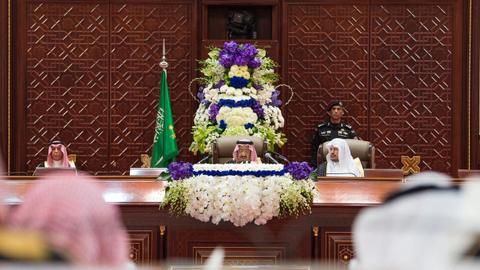 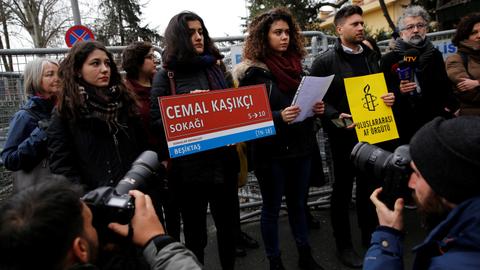