The resolutions set forward by the Bosniak elite at the time serve as an example of courage, morality and empathy that people across the region can learn from today.

2021 marks the 80th anniversary of the start of World War II in Yugoslavia. On April 6, 1941, when the Axis began bombing all the major towns across the region and within days, the Yugoslav army had surrendered, and it was officially occupied.

Whilst Serbia was ruled by a quisling government under German oversight, in Croatia, Nazi collaborators - the Ustasha (led by Ante Pavelic) -  established a puppet state called “The Independent State of Croatia” (Nezavisna drzava Hrvatska or NDH), which they ruled with considerable autonomy.

Throughout the NDH, which covered most of Croatia and Bosnia and Herzegovina, the Ustasha introduced Nazi-style laws and established concentration camps, where they incarcerated and murdered Serbs, Jews, and Roma. The most infamous of these camps was Jasenovac, were around 100,000 people were brutally murdered.

Caught in the middle of the ensuing genocidal violence, between a large group of Axis forces, local Muslims found themselves between a rock and a hard place.

Without proper political representation or institutions, as a nation they were split on all sides. Some joined the Independent State of Croatia, others sided with the Chetniks, others joined the Partizans and others even made overtures to Nazi Germany, hoping for greater autonomy for Bosnia.

The Ustasha regime did not target Bosniaks (whom they considered to be Croats of Muslim faith) en masse, and without the representation to lead them, they were subsequently labelled as enemies or collaborators.

In reality, the majority the Bosniak population remained neutral, vulnerable and unprotected, subjected to persecution and murder, especially by the Chetniks, who massacred thousands in Eastern Bosnia and in the Sandzak region of Serbia and Montenegro. Many members of their dispersed elites disagreed with the new regime’s policies however, the persecution of Serbs, Jews, and Roma provoked public condemnation.

A concerted response was made in the form of a series of resolutions which were initiated and signed by members of the Bosniak establishment, comprising the clergy and the judicial and economic elites, who sought to distance themselves from the Ustasha regime. In fact, most of the people to actually sign these resolutions were actually Imams, members of El-Hidaje, the Association of Muslim Clergy.

This response was both altruistic and at the same time, pragmatic. Under-represented and unprotected, Bosniak elites also used these resolutions as an opportunity for seeking Bosnia’s autonomy, hoping in this way to improve the country’s position and the security of their people.

A total of nine known resolutions were written, popularly named after towns where they were issued – Prijedor, Sarajevo, Mostar, Banja Luka, Bijeljina, Tuzla, Zenica, Bosanska Dubica and Bugojno. Each of these Resolutions differed in structure, terminology and but they were consistent in their main theme – the condemnation of discrimination and mass atrocities committed by the Ustasha regime.

The Tuzla Resolution for example, dated December 11, 1941, distances itself from the Ustasha regime crimes and Muslim collaborators:

“As you will know, our people are least responsible for these things, insofar as the disorder appears to have been caused by attacks on Serbs by rogue elements, attacks that are unfortunately continuing and provoking retaliation. Our Muslim community, inspired by the spirit of Islamic culture and ethics, condemns any form of disorder. This noble characteristic of Muslims is well known, but misinformation has been being maliciously spread that Muslims are actually responsible for these actions against the Serbs, and all the odium for them is now directed against Muslims and everything is presented as though it were all just a settling of scores between Serbs and Muslims.”

This resolution, initiated and supported by members of the Islamic Community was signed in Tuzla by an informal group of Bosniak citizens of the town and addressed to Dzafer-bey Kulenovic, vice-president of the Independent State of Croatia.

The Banja Luka Resolution, dated November 22, 1941 took the form of a letter to two senior members of the Ustasha government was also strong in its condemnation of the stealing and destruction of Serb and Jewish property. Again, initiated and supported by members of the Islamic Community and El-Hidaje, and signed in the town of Banja Luka by an informal group of Bosniak citizens, it notes:

“Worst of all, the instigators of these disturbances pull back into the background, or parade in their uniforms, and generally amuse themselves with the looting of Serb and Jewish property. We have seen all this clearly here in Banja Luka, where the property of expelled or fled Serbs and Jews has been made a source of booty and enrichment for certain individuals, their families, and friends.”

Though ultimately unsuccessful in halting, or even giving pause to the Ustasha’s massacres, the resolutions were not only an important gesture in their local context, but in the wider context of the Holocaust also, wherein even the smallest acts of resilience were rare, and important to document. They are one of the few cases in the region, perhaps across Europe, of such atrocities being condemned and criticised, on a moral and religious basis by an elite of a “people without a state.”

Perhaps most powerfully, they serve as an example of courage, morality and empathy that people across the region can learn from today. 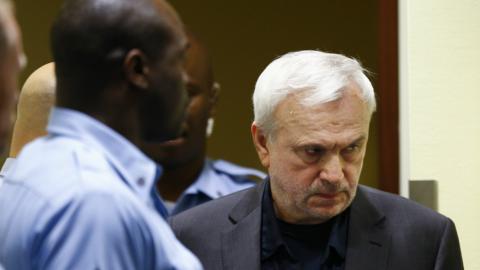 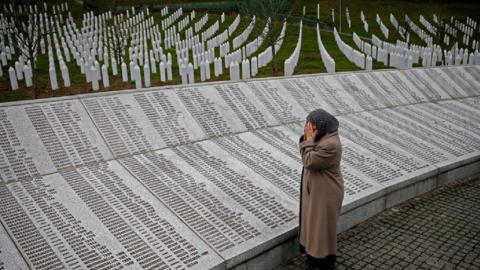