The trial of Ratko Mladic and the 'banality of evil'

1
America's traditional role as global policeman stops in Syria's Idlib
2
The long search for the truth about missing babies in Serbia
3
UN delivers a blow to Israel's settlement enterprise. But is it enough?
4
US presidential hopefuls offer no hope for Syria
5
Is the GCC still fit for purpose?

As the trial of the Butcher of Bosnia comes to a close, genocide denial still thrives. Now some fringe elements are revering war criminals as heroes. Can there be justice for those who have had to wait for more than twenty years?

Here we are, on July 11th 1995, in Serbian Srebrenica, on the eve of a great Serb holiday, we present to the Serb Nation this town. And finally, the moment has come that, after Uprising against "Dahijas", we take revenge against Turks (Muslims) in these lands

General Ratko Mladic had uttered these words on national Bosnian Serb TV. It marked the start of a campaign of genocide in Europe, 50 years after it had vowed "never again!" But on his orders, it did happen, again.

This time against Bosnian Muslims, or "Turks" as Mladic referred to them in a derogatory manner. They were betrayed by the United Nations and the world, after some 40,000 people from the eastern parts of Bosnia flocked into a UN "safe area," fleeing Serbian butchers and rapists.

When Srebrenica fell, women and children who had gathered at the UN base in Potocari were deported to Tuzla and nearby territories held by the Bosnian Army. But men and boys who remained were systematically killed over the course of a few days. Immediately after the fall of the enclave with the use of satellite images, mass execution sites could be seen in the vicinity of Srebrenica. Those who tried to escape were tracked down by Serb forces. As many marched into the hills and mountains surrounding Srebrenica, they were hunted down and killed on sight, often ambushed and shelled.

Nedzad Avdic who was only 17 at the time, recalled in an interview how he survived the mass execution (he was wounded in the stomach and leg) and found himself lying among dead bodies.

According to Avdic, the Muslim men were herded by the thousands into trucks, delivered to killing sites near the Drina River, lined up four by four and shot. Avdic recalls a Serb soldier watching the stony moonlit field piled with bodies and commenting: "That was a good hunt. There were a lot of rabbits here."

Ratko—his very name meaning "war-loving" and his surname Mladic meaning "youngster"—knew exactly what he was doing. He was proclaiming revenge against “Turks,” and mentioned an "uprising against Dahije.” He was referring to an event in Serbian history in 1804 when Serbs revolted against Ottoman soldiers, a venture that led to the First Serbian Uprising, and subsequently to the independence of Serbia from the Ottoman empire.

Ratko Mladic was playing the role of executioner of past prejudices built on mythology formed in the Serbian national imagination from the days of the Battle of Kosovo in 1389—when the Ottoman armies defeated and later conquered Serbia and ruled over it for the next five centuries.

The "Butcher of Bosnia" as Mladic was later called was only following his commander-in-chief the "Butcher of the Balkans" Slobodan Milosevic, a radical Serb nationalist whose plan was to create a “Greater Serbia.”

In order to realize his plan Milosevic relied on Slavic nationalism and extensively used the imagery of Serb nationalist mythology. He depicted Serbia as "a fortress, defending European culture and religion from the Islamic world, and Serbian clerics and academics similarly described their nation as a bulwark against the Asiatic hordes."

Karen Armstrong, a historian of religion, wrote in Fields of Blood that this "latent hatred of Islam dated only from the nineteenth century, when Serbian nationalists had created a myth that blended Christianity with a national sentiment based on ethnicity: it cast Price Lazlo, defeated by the Ottomans in 1389, as a Christ figure, the Turkish Sultan as a Christ-slayer, and the Slavs who converted to Islam as 'Turkified.'"

Prior to genocide in Srebrenica, Ratko Mladic had already showed his hostility towards Bosnian Muslims when he had commanded the total blockade of Sarajevo.

From May 1992, he was in charge of the siege of Sarajevo—the longest siege in the history of modern warfare. During the 1452 days of the siege (April 5, 1992-February 29,1996 ) the Bosnian capital was constantly bombarded with shells and sniper bullets that killed 13,952 Sarajevans. The majority of casualties were civilians, and 1,600 of those were children.

In one infamous intercepted radio communication from the early days of blockade, general Mladic ordered his subordinate officer Colonel Vukasinovic to shell parts of Sarajevo in order “to roll out the minds of Sarajevans so that they can’t sleep.”

The legacy of murder

Regardless of the verdict against Ratko Mladic, both his and the trial of his wartime political superior Radovan Karadzic at the ICTY, show that great powers - especially those in Europe - are in a way judging their own complicity which allowed these butchers to commit genocide and mass killings in Bosnia.

The time that it took to bring these people to justice has created and abetted a culture of genocide denial—especially among Serbs in Bosnia and Serbia.

The cases are individual, but their legacy established an apartheid-like entity within Bosnia that is today a de facto reward for genocide.

The most dangerous consequence of genocide denial today is the failure of the process of reconciliation. Take for example, in Serbia in 2007, several hundred Radical Party followers led by Aleksandar Vucic (Serbia’s current president) attempted to rename a street in Belgrade after (then fugitive) Ratko Mladic.

Even more shocking was the case of the president of the Serb entity in Bosnia Milorad Dodik. A few days prior to the verdict of  Karadzic in March 2016, it named a student dormitory after the wartime leader of Bosnian Serbs.

This lack of responsibility or remorse, maybe even pride, has greatly contributed to the spread of a culture of denial where many Serbs both in Serbia and in the Bosnian entity of Republika Srpska, perceive Mladic and Karadzic as heroes.

Only last month the convicted war criminal Vladimir Lazarevic was endorsed by Serbia’s Defence Minister Aleksandar Vulin. Lazarevic took part in a bloody crackdown against Kosovar Albanians, and later was sentenced to 14 years by the UN war crimes tribunal for atrocities committed by Serb forces in Kosovo. Now, according to the Defence Minister, Lazarevic will be invited to teach at the Military Academy in Belgrade.

Unfortunately, Serbs in Serbia and especially in Bosnia did not go through a process of confronting past crimes which were committed in their names. If the wider society does not face its dark past, it may be doomed to repeat it with grave implications for future generations.

Whatever the verdict of Mladic is at the ICTY on Wednesday, it will have little effect. The verdict against Ratko Mladic will be just one more reminder about what happened in the heart of Europe at the end of the 20th Century. General Mladic is now an ill and old man, but his legacy is certainly “healthy” and “vital.” It is just a matter of time when the culture of denial will bring its poisonous fruits to the bloody fields of the Balkans.

In her famous book about the trial of Adolf Eichmann in Jerusalem, Hannah Arendt introduced the phrase “the banality of evil” by which she wanted to describe the behaviour of a Nazi officer as the man who did not display guilt for his actions nor hatred for those trying him. However, in the case of both Karadzic and Mladic “the banality of evil” as defined by Arendt gets a new dimension.

Like Eichman both Karadzic and Mladic showed no guilt for their actions. However, unlike Eichman, they visibly showed hatred towards those who tried them. This hatred sent signals to the entire Serb nation which knows how to interpret and realise them, especially those radical fringes who see Mladic and Karadzic as heroes of their unfinished past. Mirnes Kovac is a journalist and political analyst from Sarajevo, Bosnia and Herzegovina. 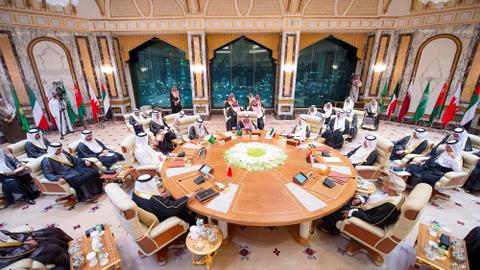 Is the GCC still fit for purpose? 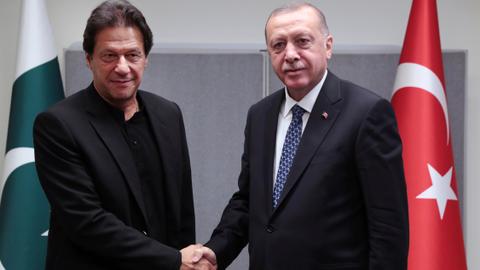 1
America's traditional role as global policeman stops in Syria's Idlib
2
The long search for the truth about missing babies in Serbia
3
UN delivers a blow to Israel's settlement enterprise. But is it enough?
4
US presidential hopefuls offer no hope for Syria
5
Is the GCC still fit for purpose?