Finding yourself on the other side of the siege on Kashmir

1
Looming UN vote and the future of aid in Syria
2
What is the value of an American life?
3
Food insecurity and the crashing Syrian Pound

Since the Indian blockade of Kashmir began on August 5, thousands of Kashmiris outside of the region have found themselves unable to contact family members. Here one Kashmiri-American gives her account.

It was around 10:30 pm on August 4th, when I returned to my grandparents home from the last event in my cousin’s week-long wedding. Still in my sweat-stained silk formals, I began to check my phone in an effort to realign with the western hemisphere and come to terms with going back to Manhattan the next day. That night marked the end of our family festivities as the Indian government turned the lights out on all of us, including summering Kashmiri Americans.

Telephone, internet, and cell phone communications were blocked by the state for all 8 million people, marking the end of a trip to my parents’ birthplace. This was known to happen in Kashmir, along with government imposed curfew, but I had yet to experience this kind of state imposed suffocation.

My family and I frantically began to write down the phone numbers that I might need on my way out of Kashmir -my dad’s friend in New Delhi, my office number in New York incase my return was disrupted by the siege, our family landline in Srinagar that was suddenly out of order- forgetting in a state of panic that cell phones themselves worked in this twisted dystopia, they just weren’t able to catch a signal to make calls.

I made it to the gate of my flight the next day, when the Indian prime minister announced that he had unilaterally degraded the contested state of Jammu & Kashmir to a “Union Territory.” The government declared new nomenclature of its relationship to Kashmir for the world to hear, and then proceeded to reveal its terms to Kashmiris in their blackhole.

A panicked helplessness laid thick over the Valley. The silence of the communications blockade plus curfew was heard throughout Kashmir and hung heavy over those family and friends who were connected abroad.

'No way of knowing'

Back in New York, Kashmiri family friends from all over the US immediately reached out to ask about my wellbeing. They proceeded to ask about my parents who were still in the siege, in a known separatist neighborhood downtown, and followed up with questions about the ground situation. They, too, had summer plans to visit relatives and attend weddings. I began to wonder if my parents were patiently waiting for their return flight or if they had become completely stir crazy in the clampdown.

“My concern is that my family has no way of knowing when I’m coming; and of course there won’t be any taxis at the airport during the curfew. I’m not sure I’ll know how to get to my parents’ house after my plane lands in Kashmir. What do you think I should I do?” a friend asked.

That someone could so easily travel 8,000 miles from the US all the way to Srinagar, but couldn’t then figure out how to traverse the last  eight miles to get home was a baffling conundrum of the blackout.

The entire city of Srinagar was put on pause, and I was repeatedly being asked to describe the frozen scene days later. All I could share was what I witnessed with my own eyes on August 5th, and that was being rendered more obsolete by the second. The trip seemed like a memory of an alternate reality as days passed, and then weeks, without hearing from any family members who I had recently spent so much time with in Srinagar. I scanned reports that described the siege and then tried to make inferences about relatives since there was no way to hear directly from them.

Articles began to emerge like an eerie light from a dark horizon. Children swept up in night raids, civilians sprayed with pellets, and lives destroyed or at the very least, forced to a screeching halt; all in the name of public safety. The public safety of whom? Whose family or friends would we read about next? Which familiar faces would we spot in the news?

The communications blockade means the area is prepped, and continues to remain so, for gross abuses of power to go undocumented and unaddressed. NGOs have long had trouble accessing Kashmir to offer civilian aid, but even the few permitted like Doctors Without Borders closed their operations on August 5th. Their typical working environments are war zones, but a military siege combined with time travel to the pre-information age meant Kashmir did not meet even their baseline working conditions. Journalists are having difficulty reporting from the ground and telecommunications are still prohibited.

I posted a screenshot of one story I read about a 40 year old Kashmiri man who’s retina was destroyed by law enforcement unleashing lead pellets on his face while dropping his son at a tutoring session. Since the 8 million people in Kashmir no longer existed in the information age, the photograph of that 40 year old man’s travesty reached his nephew -- a friend in Canada -- through my Instagram story. 59 more days later and the diaspora is still exchanging horror stories:

“My brother is a doctor in Kashmir. He felt some strange chest pain so he drove himself to the hospital where he works with his own curfew pass. His colleagues told him he’s having a heart attack and had to put in two stents. He drove himself home after the procedure because they couldn’t call anyone to come pick him up.”

Ensuring the wellbeing of elderly parents or sick relatives brought members of the diaspora to plunge into the besieged blackhole, while others waited patiently for their relatives to send messages by USB drive, hand-written note, or word of mouth marking themselves "OK" in the siege by way of locals leaving the area.

Kashmiris are now flying hundreds of miles just to catch a breath of digital air. My 27-year-old cousin recently left Srinagar and called me from Mumbai. I asked how he was doing; aware of the overwhelming particulars associated with being a young male in Kashmir.

In a pathetic solidarity exercise, I tried to remember the last time I spent a full 24 hours at my apartment; let alone without the internet or even a working phone. Layering in a military takeover was beyond my imagination.

The imposition of psychological damage to some 8 million people from 59 plus days and counting of house arrest with no outside communication weighs heavy on me still. While the memory of my trip fades, I’ll never forget my car ride from downtown Srinagar to the airport.

The minarets and mountains all pitched slightly forward seemed, in that moment, to stand tall compared to the freshman class of troops and concertina wire that emerged literally overnight. It’s been 59 days since 8 millions Kashmiris were forced into a traceless void. I wanted to scream out of the car window into the silence of the Valley during that drive. I could have never imagined 59 days later, back in New York City I’d still be trying. 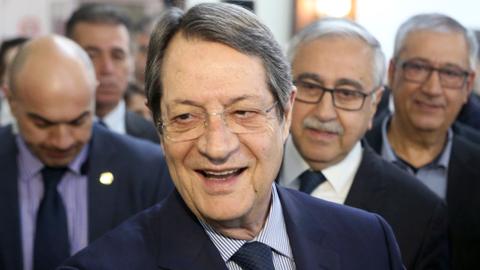 Coronavirus aid controversy in the spectre of Turkish-Cypriot elections

1
Looming UN vote and the future of aid in Syria
2
What is the value of an American life?
3
Food insecurity and the crashing Syrian Pound