Russia and China have previously undermined international efforts to keep border gates open to Syria. In the backdrop of the pandemic, voting on the renewal of a UN mandate is fast-approaching, as well as tentative talks in Geneva.

In December 2019, Permanent Members China and Russia vetoed a draft UN resolution on the authorisation of cross-border humanitarian aid delivery, with Russia then failing to push through its own amended version. This led to a slight delay until January 2020 when, as per the UN’s demands,

“With 11 votes in favour, 0 against, and with four of its permanent members ­­abstaining – China, Russia, United States, and United Kingdom – the Council re-authorised only two of the four existing border crossings (Bab al-Salam and Bab al-Hawa in Turkey) for a period of six months (instead of 12), while dropping re-authorisation for use of  crossings in al-Ramtha (Jordan) and Al Yarubiya (Iraq)”. The deadline for the renewal of the mandate is on 10th July, but friction has already emerged in the run-up to the vote.

The US, supported by France and the UK, are advocating for the opening of the crossing with Iraq at Al-Yarubiya, which is said to account for 40 percent of medical aid to north-eastern Syria. This is something that the SDF (encompassing the YPG/PKK terror groups) largely controls. Russia and China seem opposed to the move, perhaps in a general bid to ensure that international aid organisations and humanitarian goods are channelled through or with the oversight of the regime. Turkey is of the view that there is no alternative to cross-border assistance in meeting humanitarian needs, and they have even pushed for the opening of a fifth border-crossing. Amidst the geopolitical backdrop of the pandemic, the WHO has faced criticism on an international level, but also with regards to Syria and the nature of its relationship with Damascus. Voices in Idlib have complained that they had received next to nothing in the way of humanitarian aid from the WHO, and that they were being encouraged to engage in dialogue with regime officials.

The TRT World Research Centre has recently documented the health care situation in Idlib. Its biggest problems are the lingering threat of a pandemic outbreak, the ailing healthcare infrastructure, but the rise of political tensions could always threaten the ceasefire currently in place. It is difficult for anyone to relay or truly comprehend the full extent of the dire conditions that exist in an area devastated by war, especially as it concerns the various daily tribulations of the millions of Syrians who have sought refuge from the regime.

To a certain degree, officials and medical professionals within Syria have sympathised with the stricter border closures put in place between Turkey and Syria in light of the pandemic. However, they are now calling for the easing of restrictions as the dire status of the healthcare system (owing to the regime’s targeting of medical facilities), fails to deal effectively with the higher case load, not least as it also has to deal with ongoing cancer treatment as highlighted in The New Humanitarian. UN officials are in “contact with the Turkish authorities on a daily basis” with regards to healthcare access in the region, the article reports. Perhaps now that Turkey’s outbreak is now said to be ‘under control’, the easing of border restrictions could soon be on the cards.

For context, Syria’s border with Turkey had been generally closed-off to migrants for years, a move that largely stemmed from the 2016 EU-Turkey agreement which sought to curb the influx of refugees into Turkey and then beyond into Europe. Before further measures were taken due to the coronavirus outbreak, in February, just over five hundred people crossed over for treatment in Turkey. In March, that figure dropped to about half. The numbers crossing have since dwindled, save for a handful of exceptional cases.

Humanitarian aid continues to flow through from Turkey (as well as commercial traffic), and in some exceptional circumstances, Syrians are being brought to Turkey for medical treatment when necessary. Still, there is a desire for the border-crossing situation to return to pre-pandemic levels. Thirty-five ventilators, a million surgical masks, and ‘other vital medical supplies’, have recently reached north-western Syria through Turkey and by the UN. However, more will need to be done to improve the many concerns of the region’s people.

Though a tentative ceasefire prevails in north-eastern Syria, various forms of violence continue. The UN’s latest situation report rounds up the dire humanitarian condition that still exists daily for millions of people, There are also intermittent clashes with regime forces and the ongoing fallout from the Syrian pound’s recent collapse. Is perhaps the only good news coming from the country that no cases of COVID-19 have as yet been identified?

With a current absence of internal tension, infighting, and day-to-day political manoeuvring be it in Idlib, SDF (YPG/PKK terror groups) held areas, or within the regime that is largely driving the news in Syria, there is now reason to turn attention to long-term plans. The latest iteration of the Geneva talks seems set to ensue. That an agreement of an agenda for the next meeting constitutes the crux of the development, is indicative of the slow and problematic nature of the series of talks that have occurred thus far in the now decade-long civil war. Alas, as per the UN Special Envoy Geir Pedersen, “we need this to start somewhere”. 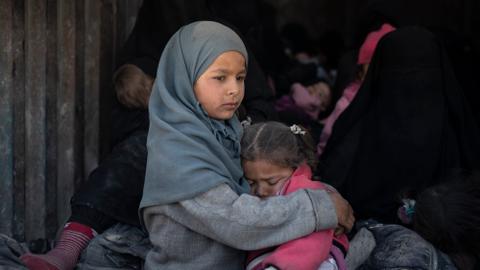 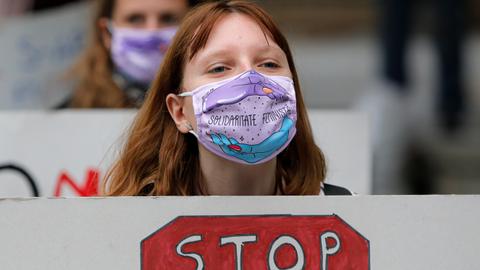 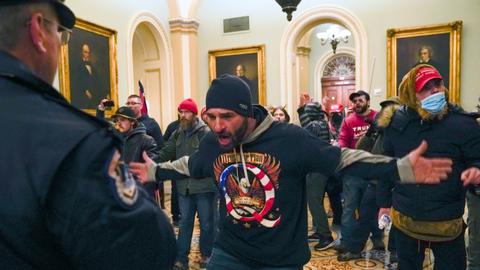