1
Why we must bring back hope for universal peace
2
How Fawzia Yusuf Adam became Somalia's only female presidential candidate
3
In conversation with a Boko Haram kidnapping victim
4
What if Shakespeare had had a sister?
5
A visit to Turkey's Nizip, the cradle of pistachio cultivation

The villagers had washed nearly all the blood off the dirty mud track where five Muslim Indian labourers were shot dead by insurgents on Tuesday evening in the village of Katrasoo, in Kulgam district, India-administered Kashmir.

On Wednesday noon, a small amount of blood, like a stubborn witness, still floated in a corner of the puddle created by a leaking pipe. A group of young children, holding each other’s hands, stood near the spot: their first sighting of human blood that has been shed copiously for the past 30 years in the region.

A man shoos the kids away, pulls out a bundle of recently husked paddy grass from a shed and rubs blood off a patch of earth nearby, lest somebody ‘sins’ by walking over it. The blood is also a painful reminder of the impoverished deceased who were a familiar name in every village household, having worked the farms or lent help in construction and other odd jobs in return for seven dollars a day and two free meals.

Though nearly all villagers, children and women included, have been to the spot of the killings, none had the will or the courage to visit the room where the five men and two other fellow workers, all hailing from West Bengal state of India, had been living.

“What is there to see except the fact of their abject poverty,” said an elderly man, pointing to the room.

A narrow, decrepit and steep staircase leads to the room with three walls lined with plywood shelves up to the low ceiling, most of which are empty. A few cheap sickles, flimsy blankets, a gas stove and glasses lie scattered on the even flimsier flooring. The men seemed to have pushed austerity to its limits to save every penny. Before being taken away by the gunmen, the deceased had probably been stuffing paddy grass into wooden boxes to increase the life of the apples gifted by the villagers: the only luxury item they would carry home every year. Dozens of apples were strewn on the floor. They had even hired a taxi for the journey home.

The deceased had fled the Valley a few days before August 5, the day the far-right Indian government withdrew special constitutional status of Jammu and Kashmir region after rushing in hundreds of thousands of soldiers and imposing a communications lockdown.

Fearing a backlash, the Indian government had asked its citizens to leave the region. But such was their faith in the local hospitality that they returned only after a month. After all, no Indian worker—more than half a million had been coming in the past few years for better wages and salubrious weather--had been killed in the past 30 years of insurgency.

A young man, swearing on the life of his two-year-old daughter, said he couldn’t eat a thing because of the killings. He recalled his conversations with one of fallen men, the most gregarious of the bunch, known to him as Babloo, a common faith-neutral nickname in the sub-continent. Many villagers did not know the deceased were Muslims, though they had been coming to Kashmir for up to 15 years.

How did the fabled hospitality turn into hostility? Muslims, who form nearly 70 percent of the region’s population, believe the Indian government’s decision to change the status of the UN-designated disputed region is aimed at transforming them into a minority—the constitutional changes now enable Indians to buy property and settle in the region. Talk of ‘settler colonialism’ is rife in the Valley, where people have been observing a strike against the decision for the past nearly three months.

When the legislations were abrogated, the most searched phrases in Google were ‘buying land in Kashmir’ and ‘marrying Kashmiri girls’.

A top insurgent commander had warned earlier in the year that every Indian, regardless of his religion, would be a “legitimate target” if the Indian government withdrew the special status. Of the 11 Indian citizens killed so far, nine are Muslims, marking a watershed in the insurgency whose primary aims are either independence or merging with Pakistan.

Until now Indian forces and local police and their informers have been the primary targets of the insurgents. Every now and then, militants have also killed workers (Muslims, mostly) from pro-India Kashmiri political parties, which have now been taken off the scene by the Indian state for opposing the withdrawal of special legislations. Declaring Indian citizens as targets puts a moral strain on the insurgency and the majority of the region’s nearly eight million Muslims, the movement’s core support base.

The killings have also underscored the fundamentally nationalistic foundations of the 75-year political struggle, although several separatist groups have articulated the sentiment in Islamic idiom. While obliterating the Muslim-majority character of the region appears to be goal of the Indian right, both Indian Muslims and Hindus are been being viewed as potential settlers equally by Kashmiris.

Also, the local population, wracked by a ruthless and relentless counterinsurgency campaign, would now have to bear the additional burden of accounting for any such killing. More than a dozen villagers were detained by the army and police for questioning in Katrasoo. Their kin were anxiously waiting by the roadside for the government forces to bring news of the prospects of their release.

The topmost commander of the Indian army’s counterinsurgency force for southern Kashmir districts, Rashtriya Rifles, visited the place. During his brief roadside conversation with the detainees’ kin, he termed the killings tragic. Everyone nodded. Many told him nothing has pained them more in their lives than these killings. The commander and his subordinate asked the villagers about the identity of the killers. None had a clue. They told him that most of the people were in their homes. The commander told them that if people were to inform on militants, such killings could be prevented. Easier said than done. Militants are treated like heroes in the Valley. About three dozen people have been shot dead by government forces while attempting to help militants escape from hiding places that had been surrounded by scores of soldiers and policemen.

I asked the commander whether they had any plans of providing security to non-Kashmiri people. He smiled and said how such an enterprise was impossible. In the run up to the ‘illegal annexation’ of Jammu and Kashmir, the Indian government asked hundreds of thousands of its citizens to leave Kashmir Valley. Transportation was provided by the government to hasten the mass evacuation. Local police had visited the rented accommodations of Indian workers and asked them to flee immediately. But no such advisory has been issued in the wake of the 11 killings since early October.

Shaken by the violence, a Kashmiri landlord handed over two other Muslim workers from West Bengal to the police. Although they were putting up in another place in Katrasoo village, it's becoming difficult for Kashmiris to host any non-locals.

People worry that such killings could continue and probably increase in frequency if the Indian government implements its plans of the forcible integration of Kashmir into the Indian Union. They also worry that thousands of Kashmiris working or studying in India could be targeted in revenge attacks for every killing, like the ones that occurred after a Kashmiri suicide bomber rammed an explosives-laden car into a convoy of Indian soldiers, killing more than 40 early this year. 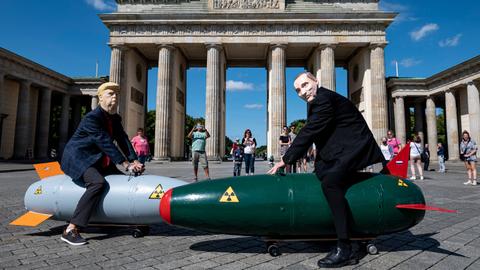 Why we must bring back hope for universal peace 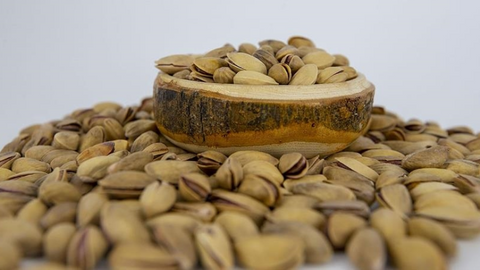 1
Why we must bring back hope for universal peace
2
How Fawzia Yusuf Adam became Somalia's only female presidential candidate
3
In conversation with a Boko Haram kidnapping victim
4
What if Shakespeare had had a sister?
5
A visit to Turkey's Nizip, the cradle of pistachio cultivation