"I know what I said and I meant it. Everybody in Canada should wear a poppy to honour our fallen soldiers," hockey commentator Don Cherry said his comments were not meant to be insensitive to other cultures.

Longtime Canadian hockey commentator Don Cherry was fired on Monday after his on-air comments that many believed disparaged immigrants.

Cherry, 85, was speaking Saturday on his "Coach's Corner" segment on "Hockey Night In Canada" and began a discussion of Remembrance Day - the Canadian equivalent of Veterans Day.

"I live in Mississauga," he said on the air. "Very few people wear the poppy. Downtown Toronto, forget it. Nobody wears the poppy. ... Now you go to the small cities. You people ... that come here, whatever it is -- you love our way of life. You love our milk and honey. At least you can pay a couple bucks for a poppy or something like that. These guys paid for your way of life that you enjoy in Canada. These guys paid the biggest price for that."

On Sunday, Sportsnet president Bart Yabsley apologised for Cherry's comments, and the network fired him on Monday.

"Sports brings people together. It unites us, not divides us. Following further discussions with Don Cherry after Saturday night's broadcast, it has been decided it is the right thing for him to immediately step down. During the broadcast, he made divisive remarks that do not represent our values or what we stand for," Yabsley said in a statement on Monday. "Don is synonymous with hockey and has played an integral role in growing the game over the past 40 years. We would like to thank Don for his contributions to hockey and sports broadcasting in Canada."

Cherry confirmed his firing to the Toronto Sun on Monday afternoon and said he didn't regret his comments.

"I have just learned I've been fired by Sportsnet for comments made on Coach's Corner Nov. 9," Cherry said in a phone interview. "No problem."

He added: "I know what I said and I meant it. Everybody in Canada should wear a poppy to honour our fallen soldiers."

He said his comments were not meant to be insensitive to other cultures.

"I speak the truth and I walk the walk," he said. "I have visited the bases of the troops, been to Afghanistan with our brave soldiers at Christmas, been to cemeteries of our fallen around the world and honored our fallen troops on Coach's Corner."

Cherry toiled in pro hockey from 1951-72, playing all but one game in the minor leagues. His only NHL appearance came in 1955 with the Boston Bruins.

He coached one more season, 1979-80, with the Colorado Rockies and posted a 19-48-13 record. The Rockies later became the New Jersey Devils.

CBC hired him in 1981 to appear on "Hockey Night In Canada." He quickly became known for his over-the-top apparel and controversial opinions. Among his talking points, he commented on why female reporters didn't belong in locker rooms, expressed negative thoughts about European hockey players, blasted believers in climate change and talked about the benefits of fighting, despite the NHL's efforts to prevent concussions. 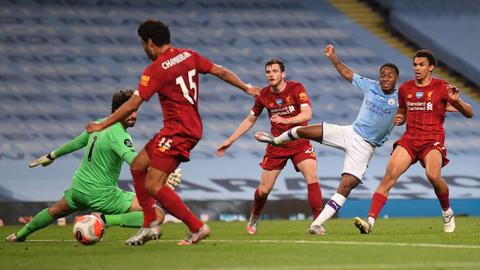