Liverpool recovered from a poor start to beat Swansea City 2-1 and move second in the Premier League table on Saturday and Chelsea got back to winning ways at Hull City.

Outplayed for half the match by struggling Swansea and trailing to an early goal by Leroy Fer, Liverpool were a different proposition after the break and took the points thanks to a late James Milner penalty.

Liverpool, for whom Roberto Firmino equalised nine minutes after halftime, have won five of their opening seven matches and are on 16 points, two behind leaders Manchester City who play third-placed Tottenham Hotspur (14) on Sunday.

"We could have done so much better in the first half," Liverpool manager Juergen Klopp told reporters. "It's not allowed that we accept a bad day.

"Even on a bad day you have to fight against the start in this game, you have to strike back in the game."

Chelsea, who had suffered back-to-back defeats by Liverpool and Arsenal, were held by Hull for an hour before curling shots from Willian and Diego Costa secured a 2-0 win that moved Antonio Conte's side into sixth spot with 13 points.

Costa leads the Premier League scoring chart with six goals, although it was Chelsea's defending that would have most pleased manager Antonio Conte after they had leaked seven goals in their last three games.

"This week we've worked a lot, we must find the right way to be more compact," he said. "A clean sheet is important for the confidence."

The day's other three matches ended all square.

Dimitri Payet scored a dazzling equaliser to earn West Ham United a 1-1 draw at home to Middlesbrough, although they remain in the bottom three with only one win from their opening seven.

"It reminded me of (Lionel) Messi's goals and was brilliant from Dimi. It got us a point, but unfortunately we didn't win," manager Slaven Bilic said.

Sunderland scrambled a late point -- only their second of the season -- thanks to Patrick van Aanholt's 83rd-minute equaliser at home to West Bromwich Albion who led through Nacer Chadli's third goal in four league games.

They moved off the bottom above Stoke City who face a daunting trip to Manchester United on Sunday.

Callum Wilson had put Bournemouth ahead before Watford captain Troy Deeney's 99th goal for the club levelled the score. Josh King was also on target for Bournemouth.

Champions Leicester City are at home to Southampton on Sunday while Arsene Wenger celebrates 20 years in charge of Arsenal as his side travel to Burnley.

The Premier League will pause next week for international action. 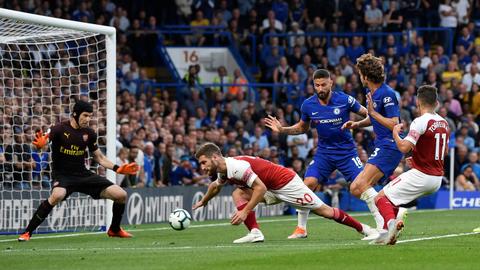 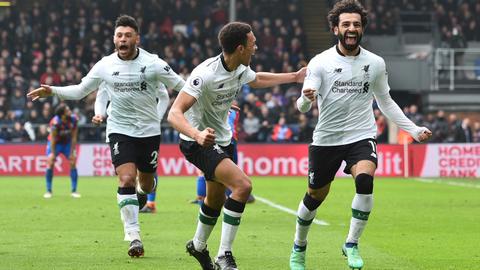