Russian and English football hooligans clash before and after England's opening Euro 2016 group match against Russia.

Russian and British hooligans turned Marseille into a war zone on Sunday, after England's 1-1 draw with Russia at the Stade Velodrome.

According to reports, Russian fans who were allegedly armed with knives and metal poles swept down on British supporters following the end of the match.

Suppose the English are to blame for the Russians breaking the segregation and charging the English fans too pic.twitter.com/cBryyJLVVo

The third day of violence in the Mediterranean port city resulted in more than 35 injuries, including three policemen, prompting questions about French security, which was heightened to 'unprecedented' levels to protect fans, with 90,000 security officers being deployed.

"I don't want anyone saying the security measures were inadequate," Nunez said.

"They were sufficient and proportionate to the risk. The police prevented very serious violence and damage by dispersing the most violent individuals," he added.

A British fan was fighting for his life after being attacked by a gang of ‘ultras' from Moscow, as another 51-year-old British man was seriously injured in the earlier clashes, police reported.

Russia's Sports Minister Vitaly Mutko said later on Sunday that "we will have a fine from UEFA, so I understand. We behaved incorrectly."

Mutko also stated that Russian officials will launch an investigation into the event.

Following the incident European soccer's governing body, UEFA, condemned the violent act which overshadowed the event, adding that it would open disciplinary proceedings.

"UEFA firmly condemns the incidents in Marseille. People engaging in such violent acts have no place in football," the body said.

French Police said a total of 15 people, mostly English, have been arrested over the course of three days.

Nearly 1,500 police were deployed in Paris ahead of the Turkey-Croatia match which took place on Sunday amid rising tension over the Euro 2016 Cup in the country. 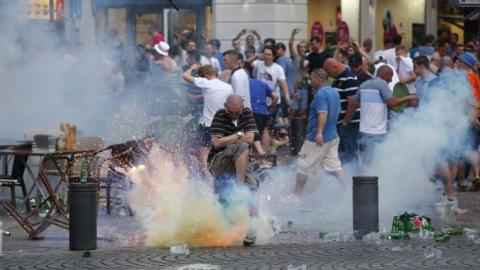 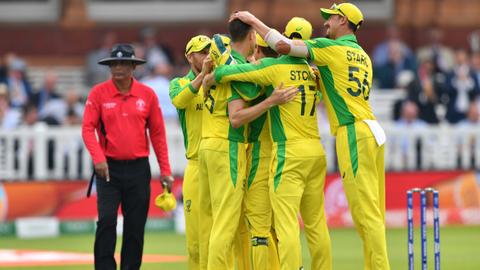 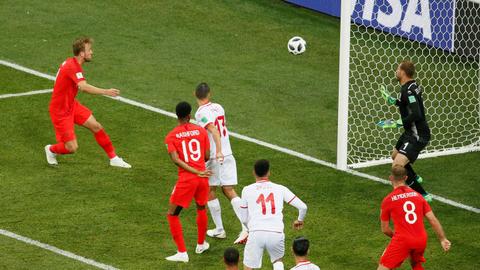