As the investigation into the attack on the Borussia Dortmund football team attack continues, fans opened their doors to stranded supporters of the Monaco team after Tuesday night's Champions League game was called off.

Three explosions targeted the Dortmund bus as it left the team hotel on the way to Signal Iduna Park stadium, the largest in Germany. Dortmund player Marc Bartra was injured and underwent surgery for a broken bone in his hand.

One suspect has been detained. The spokeswoman for the Federal Prosecutors, who handle probes into suspected terrorism, said investigators had found three letters near the scene of the attack, all suggesting a possible Daesh-linked motive.

Spokeswoman Frauke Koehler said the letters referred to the use of Tornado reconnaissance planes in Syria, which Germany has deployed as part of the military campaign against Daesh. It also called for the closure of the US military base at Ramstein in western Germany.

Koehler also noted an online claim of responsibility by an anti-fascist group but said there was serious doubt about its validity.

Prosecutors said the explosive devices contained metal pins, one of which buried into a headrest on the vehicle. "

We can talk about luck that nothing worse happened," Koehler said.

Ralf Jaeger, interior minister in the state of North Rhine-Westphalia which includes Dortmund, said the investigation was looking "in all directions", and it was unclear if one or several attackers were involved.

Dortmund fans used the hashtag "bed for away fans" to help Monaco supporters find accommodation after the match was postponed to Wednesday.

TRT World's Ben Said has more on how fans reacted. 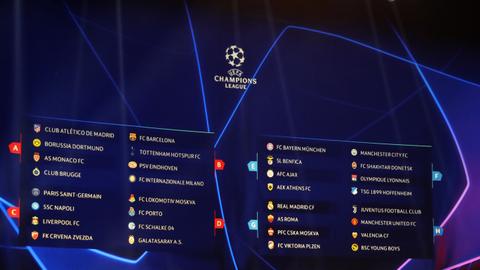