Germany's Phillip Weyer became the European champion in speedcubing, or solving a Rubik's cube puzzle, in Prague on Sunday, reaching an average time of 7.88 seconds.

Weyer in fact clocked just the second fastest time, behind Australian world champion Feliks Zemdegs, but won the European title because it goes to the best-placed European contender.

Zemdegs, a world-record holder, averaged 7.07 seconds at the Prague event, which attracted over 500 participants.

Weyer said it took years of hard work to get to the top.

"You don't just get fast really quickly, so you have to practice a lot to get serious results. That's the only advice I can give." he said.

In the main category of the classic 3x3 cube, each competitor solves the cube five times, the fastest and slowest times are removed and then the average time is taken from the remaining three scores.

Euro 2016 was the 7th Rubik's Cube European Championship and had 18 categories, including solving the cube blindfolded or only using the feet.

Some categories like the blindfold one, requires special skills.

"The speedcuber must remember the positions of 30 cubes and assemble them right, otherwise he has no chance in the competition. There is one guy here who can remember even 60 cubes," organiser Jaroslav Flejberk said.

The organisers said over 400 million Rubik's cubes had been sold globally. 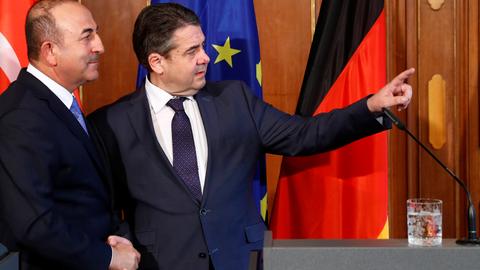