A superb finish by Nani gave Portugal the lead before Iceland's midfielder Birkir Bjarnason levelled for the Scandinavians in Saint-Etienne.

GROUP STANDINGS: A good day for the underdogs as Hungary jump to the top of Group F! #EURO2016

Although Portugal dominated for long spells, the result was no more than Iceland deserved.

Iceland produced a typically industrious performance in their maiden appearance at a major tournament with winger Bjarnason cancelling out Nani's first-half opener.

A string of good saves by goalkeeper Hannes Halldorsson, coupled with captain Cristiano Ronaldo's wasteful finishing, was a significant factor for the Nordic nation who fulfilled their pre-match promise to show no nerves.

They went close in the third minute when keeper Rui Patricio denied Gylfi Sigurdsson with a double stop, smothering the rebound after parrying the midfielder's first effort.

Portugal eventually got into their stride but the final pass kept going astray in the opening 20 minutes, with Iceland's back four able to close down Ronaldo and Nani.

The smallest nation to ever reach the EUROs claimed a precious point on Tuesday... Enjoy that KSÍ - Knattspyrnusamband Íslands fans? #PORISL #EURO2016

The pattern changed after Nani drew a superb reflex save from Halldorsson who kept out his close-range header after Ronaldo delivered a perfect cross from the left.

Iceland saw little of the ball from there on as Ronaldo sent a looping header over the bar and then scuffed his shot straight at Halldorsson after a defence-splitting pass by Pepe.

Portugal, who had 67 percent possession in the first half, made their dominance count after a sweeping one-two between Vieirinha and Andre Gomes on the right handed Nani a simple task to steer the ball home from seven metres.

Roared on by their fans, Iceland equalised out of the blue in the 50th minute as Bjarnason swept in a teasing Johann Gudmundsson centre that caught out Vieirinha.

"We should have scored more goals but we didn't and pragmatic Iceland took full advantage," Portugal coach Fernando Santos told a news conference.

"It was by no means a brilliant performance by us. We have to move better between the lines and keep our focus in defence.

"Considering today's results, our next game against Austria could have a huge impact. I always said this was a complex group and I still think anything can happen," added Santos.

Two of the noisiest sets of supporters at Euro 2016 witnessed the first surprise result of the finals when Austria lost 2-0 to old rivals Hungary in the opening match of Group F.

The Austrians had been unimpressive in some friendly matches since reeling off nine successive victories to win their qualifying section but they were still strong favourites.

Hungary were therefore all the more delighted to achieve unexpected success in the 138th meeting between the countries with goals by Adam Szalai and substitute Zoltan Stieber.

They appear to have surprised even themselves, since coach Bernd Storck had said victory would be "a miracle".

Perhaps he realised it was a day for the unexpected when centre forward Szalai scored.

That had not happened for the national team since October 2014, against the might of the Faroe Islands. Nor had the former Real Madrid reserve player been exactly prolific at his various German clubs.

Szalai showed more than one touch of class, however, in the 62nd minute, chesting down for man of the match Laszlo Kleinheisler, then sliding the return pass past the previously untroubled goalkeeper Robert Almer.

That was the first of two incidents in as many minutes that turned the game.

Austria retaliated almost immediately as Martin Hinteregger's shot beat keeper Gabor Kiraly but the referee ruled it out for a late tackle by their centre back Aleksandar Dragovic, who received his second yellow card and was sent off.

Kiraly, the first 40-year-old to play in the European Championship, made an excellent save from Zlatko Junuzovic 10 minutes before halftime.

His evening got better and better after almost suffering the worst possible start, when David Alaba's shot in the first minute flew past him but hit the post.

Austria were the better side in the first half, but Alaba's influence in midfield slowly waned, causing coach Marcel Koller to wonder whether the Bayern Munich man might be better reverting to his club position in the back four.

Koller has much else to ponder before the meeting with short-odds group favourites Portugal in Paris on Saturday, including an injury to the influential number 10 Junuzovic and Dragovic's suspension.

The full back's ban is expected to bring an opportunity for Gyorgy Garics, who decided to stay with the squad after his father died of cancer last week.

Meanwhile, the Hungarians, having qualified for the first time since reaching the 1972 semi-final, will be newly confident of claiming a place in the last-16 when they play Iceland earlier on Saturday.

They have made the most of their preparation, unlike Austria, who may have been lured into complacency after their stunning qualification campaign.

"We got our reward for three weeks of hard work. Our recent friendlies helped. What we did in the second half was brilliant. Congratulations to the whole team," Storck said. 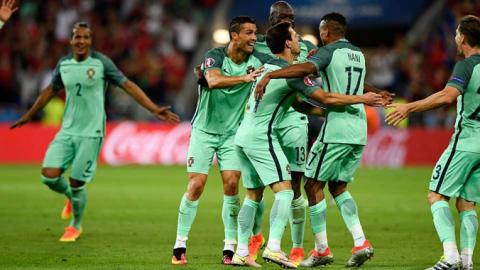 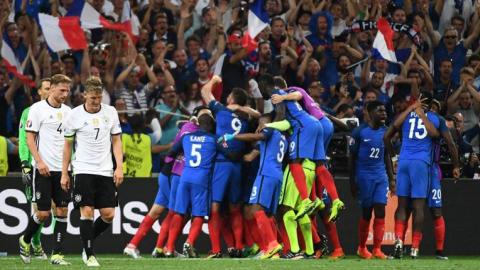 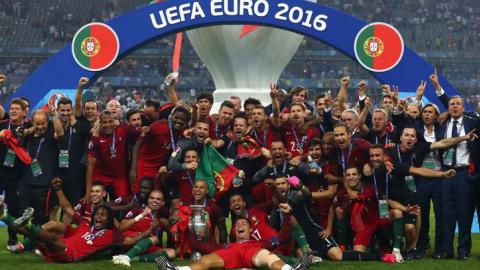