Cristiano Ronaldo played a key role in the winning goal and Juventus beat Fiorentina 2-1 to clinch a record-extending eighth straight Serie A title.

Juventus won Serie A for the eighth season in a row when a 2-1 home win over Fiorentina on Saturday gave them the title with five games to spare.

Needing one point, Juventus got off to a dreadful start when they fell behind to a Nikola Milenkovic goal in the sixth minute, the Serb firing into the roof off the net from close range.

Federico Chiesa hit the post for Fiorentina but Juventus levelled in the 37th minute when Alex Sandro got away from the Fiorentina defence to score with a low near-post header from Miralem Pjanic's corner.

Chiesa struck the crossbar again before halftime but Fiorentina defender German Pezzella turned a Cristiano Ronaldo cross into his own net in the 53rd minute to hand Juve the win.

It's the first time in Europe's five major leagues — Italy, England, Spain, Germany and France — that a club has won eight straight titles.

Juventus have 87 points, 20 more than second-placed Napoli who have six games left. 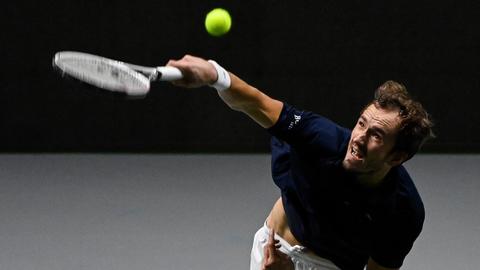