Seals first title since 2000 and eighth overall with a 2-0 win over Saint-Etienne as teenage star Kylian Mbappe and Valere Germain shine.

Teenage star Kylian Mbappe helped Monaco secure their first Ligue 1 title in 17 years with his 15th goal of the season in Wednesday's 2-0 victory at home to Saint-Etienne.

The 18-year-old raced clear of the visiting defence to nervelessly roll in the opening goal after 19 minutes at the Stade Louis II as Paris Saint-Germain's (PSG) four-year reign as French champions came to an end.

Valere Germain added a second with the final kick of the match.

Monaco sealed its eighth overall on Wednesday and with one match left to play this weekend, Monaco has an unassailable six-point lead over second-place PSG.

Only Saint-Etienne (10) and Marseille (9) have won more league titles than Monaco in France.

Despite losing to Juventus in the Champions League semifinals, Monaco has thrilled Europe with its attacking football, scoring 155 goals in all competitions and reaching 104 in the league, two more than PSG's league tally last year.

Unbeaten in the league in 2017, Monaco has also scored in its last 31 league games, a new record during a single season. 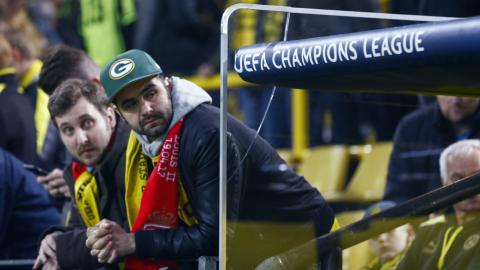