Following the Zika virus outbreak and the halting of construction for the 2016 Olympic Games, Brazil faces yet another dilemma in the weeks leading to the games.

Scientists have discovered a life threatening drug resistant super bacteria off a beach in Rio de Janeiro, while five other beaches tested positive for microbes.

This is where some Olympic swimming events will take place and where rowing and canoe athletes will compete for medals come August 5.

Data from two unpublished academic studies heightens concern that Rio's sewage-infested waterways are hazardous and can cause hard-to-treat urinary, gastrointestinal, pulmonary and bloodstream infections, along with meningitis, and show that the bacteria found could contribute to death in up to half the patients infected.

The microbes are normally found only in hospitals.

According to a study published in late 2014, the existence of the super bacteria - classified by the US Centres for Disease Control and Prevention (CDC) as an urgent public health hazard - has only been found at one beach so far.

But five other beaches tested positive for microbes of the super bacteria.

The affected beach where the super bacteria itself was found is Guanabara Bay, where Olympic sailing and wind-surfing events will be held.

The other four beaches where microbes were found were Ipanema, Leblon, Botafogo and Flamengo.

The second new study, by the Brazilian federal government's Oswaldo Cruz Foundation lab, which will be published next month by the American Society for Microbiology, found the genes of super bacteria in the Rodrigo de Freitas lagoon in the heart of Rio and in a river that empties into Guanabara Bay.

Waste from countless hospitals, in addition to hundreds of thousands of households, pours into storm drains, rivers and streams crisscrossing Rio, allowing the super bacteria to spread.

Renata Picao, a professor at Rio's Federal University and lead researcher of the first study, said the contamination of Rio's famous beaches was the result of a lack of basic sanitation in the metropolitan area of 12 million people.

Cleaning the city's waterways was meant to be one of the Games' greatest legacies and a high-profile promise in the official 2009 bid document Rio used to win the right to host South America's first Olympics.

That goal has instead transformed into an embarrassing failure, with athletes lamenting the stench of sewage and complaining about debris that bang into and cling on boats in Guanabara Bay, potential hazards for a fair competition.

Using 10 samples taken at five beach locations, the study found super bacteria were most present at Botafogo beach, where all samples were positive.

Flamengo beach, where spectators will gather to watch Olympic sailors vie for medals, had the super bacteria in 90 percent of samples. Ten percent of Copacabana's samples had the microbes.

Ipanema and Leblon beaches, the most popular with tourists, had samples that tested positive for super bacteria 50 and 60 percent of the time, respectively.

The Oswaldo Cruz study of the Olympic lagoon, which was peer reviewed, is based on water samples taken in 2013.

It found that the lake is a potential breeding ground for super bacteria and their spread through the city.

While the studies both use water samples that are from 2013 and 2014, Picao and other experts said they had seen no advances in sewerage infrastructure in Rio to improve the situation.

Valerie Harwood, an expert in recreational water contamination and antibiotic-resistant bacteria at the University of South Florida who was not involved in the studies, said that if anything, things were getting worse, as the super bacteria naturally spread by infecting other microbes.

The contamination has prompted federal police and prosecutors to investigate whether Rio's water utility Cedae is committing environmental crimes by lying about how much sewage it treats.

Cedae has denied any wrongdoing. In an emailed statement, Cedae claims that any super bacteria found at the beaches or the Olympic lagoon must be the result of illegal dumping into storm drains.

Five scientists consulted by Reuters said the immediate risk to people's health when faced with super bacteria infection depends on the state of their immune systems.

These bacteria are opportunistic microbes that can enter the body, lie dormant, then attack at a later date when a healthy person may fall ill for another reason.

Super bacteria infect not only humans but also otherwise-harmless bacteria present in the waters, turning them into antibiotic-resistant germs.

Harwood said the super bacteria genes discovered in the Olympic lagoon were probably not harmful if swallowed by themselves: they need to be cocooned inside of a bacterium.

Adding: "Those genes are like candy. They are organic molecules and they'll be eaten up by other bacteria, other organisms," and "That's where the danger is - if a person then ingests that infected organism - because it will make it through their gastrointestinal tract and potentially make someone ill."

Harwood also said that the presence of the super bacteria genes in the lagoon indicates the bacteria themselves had recently died or simply were not detected by testing.

Rio state's Inea environmental agency said in an emailed statement it follows the World Health Organisation's recommendations for testing recreational water safety, and that searching for super bacteria is not included in that. It also said there was a lack of studies about the bacteria in water and health outcomes. 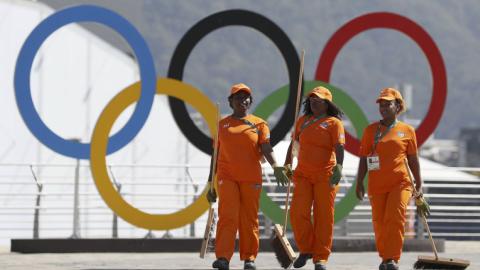 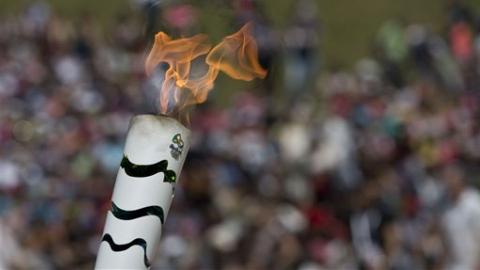 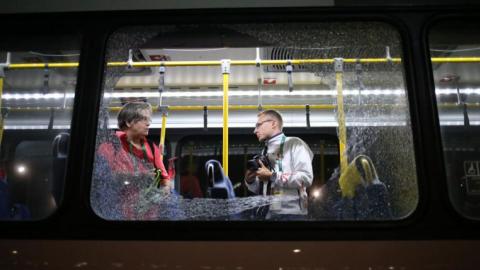 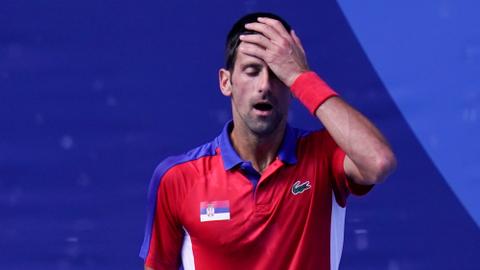 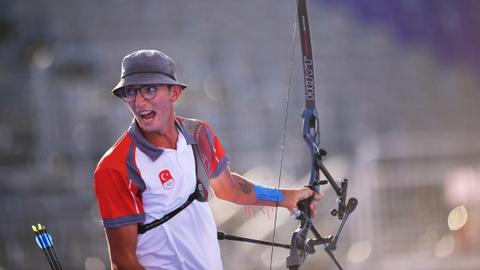