8 things you should know about Turkey's state of emergency

A state of emergency has been declared in Turkey after Friday's failed coup attempt.

Following Friday night's attempted coup, President Recep Tayyip Erdogan announced a state of emergency in Turkey on Wednesday. Here are some things you may want to know:

1) The state of emergency will take effect for three months after being approved by the Turkish Grand National Assembly. It may only be extended by four months at a time by parliament.

2) According to the Turkish constitution, a state of emergency can be declared in the case of national dangers and disasters.

3) Martial law and a state of emergency are not the same thing.

A state of emergency is a situation of national danger or disaster in which a government suspends normal constitutional procedures to restore order.

Martial law, which might be declared for similar reasons, also imposes the suspension of ordinary law. However, under martial law power is removed from the previous executive, legislative and judicial branches of government. Military officers assume authority over an area or all of the country from the police.

4) The declaration is aimed at combatting threats against Turkish democracy and the rule of law. During this period, a comprehensive investigation will be launched to expel people linked to the Gulenist Terrorist Organisation from the police and military. Any individuals who have violated their constitutionally-defined roles will be dismissed from their positions.

5) Since a faction in the military was behind the coup attempt, during the state of emergency the elected government will have full control over the military.

6) The Prime Ministry will grant more power to the regional governors who will collaborate closely with the armed forces to protect national security.

7) Everyone retains the right to a fair trial. No one can be treated as guilty without first being proven guilty by a court judgement.

8) During the state of emergency, fundamental rights (such as those listed under the European Convention on Human Rights) may be suspended.

Although this may seem severe at first, states of emergency in many other countries such as France and the US have similar clauses.

The government has said that people uninvolved with the attempted coup will be largely unaffected and there will be no restrictions on civil liberties and freedoms.

Deputy Prime Minister Mehmet Simsek has said there will be no interference with market freedoms. 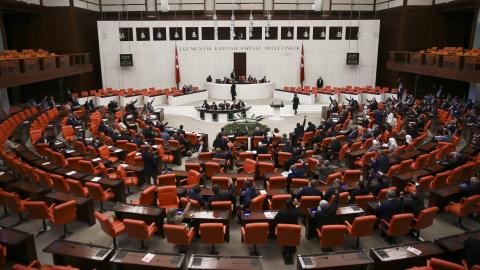