Turkish presidential spokesman says giving space to a PKK leader is no different from a newspaper giving a voice to a member of Al Qaeda or Daesh terrorist organisations.

Turkey’s presidential spokesman on Wednesday slammed the US-based newspaper, The Washington Post, for publishing an article by Cemil Bayik, a leader of the PKK terror organisation.

The Washington Post, which provided space for a terrorist who is on the list of terror organisations of the US and the EU and also carries a bounty on his head in the US, openly makes propaganda for terrorism and violates the US laws, Ibrahim Kalin said in a written statement.

Highlighting that this article did not qualify as freedom of press and expression, Kalin said the daily's actions were tantamount to publishing an article from a member of the Al Qaeda or Daesh terrorist organisations.

To portray the head of a terrorist organisation as the representative of the Kurds is, above all, an insult to all Kurds, Kalin said.

He stressed that Turkey would persistently continue to fight against all forms of terrorism and its supporters.

The US State Department put a bounty on key PKK leaders in November: $4 million for Cemil Bayik as well as $5 million for Murat Karayilan and $3 million for Duran Kalkan.

The PKK – listed as a terrorist organisation by Turkey, the US and the EU – has waged a terror campaign against Turkey for more than 30 years, resulting in the deaths of nearly 40,000 people, including women and children. 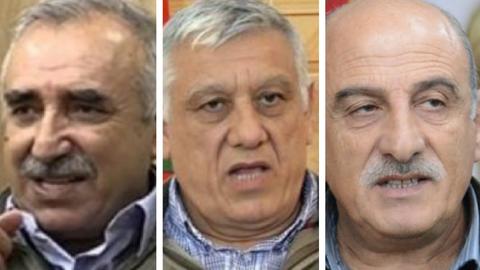 US offers reward for information on PKK members